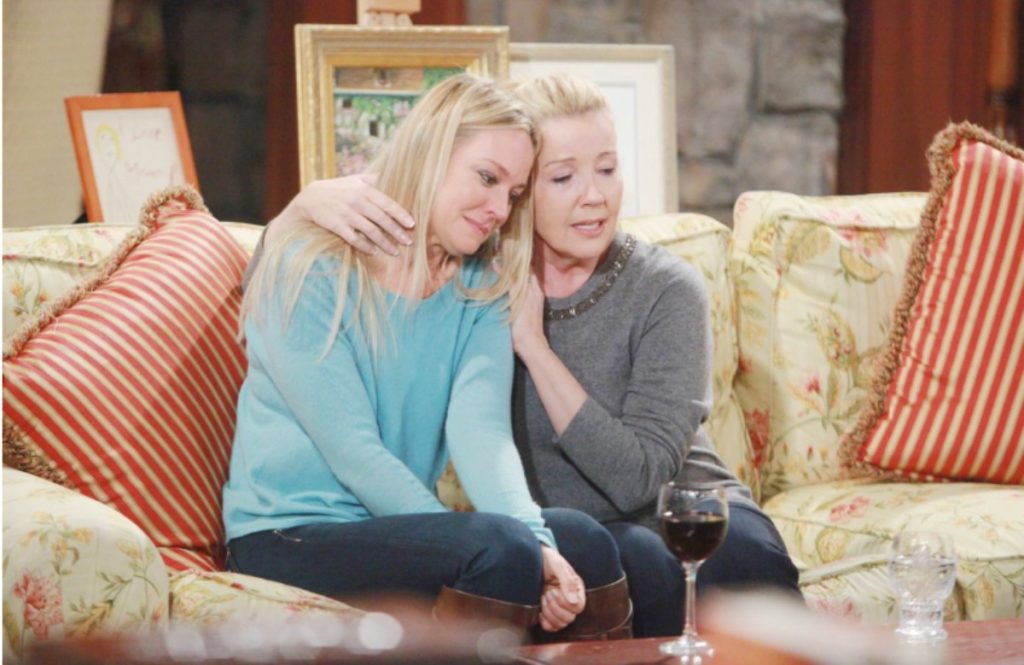 The Young and the Restless (Y&R) spoilers hint at Nikki Newman (Melody Thomas Scott) supporting Sharon Newman (Sharon Case) though the process of her cancer treatment. Nikki and Sharon have not always been on the same page but when it matters, they always find a way to come together. This proves to be the same when Nikki finds out about Sharon’s breast cancer. Will Nikki become a major support system for Sharon?

The Young and the Restless Spoilers – Nikki  Newman offers her help

Sharon has been coming to terms with her diagnosis and has begun to get treatment through the process of chemotherapy. She has a big support system by her side, but she does not want anyone to worry about her too much and is trying to act strong so as not to bother anyone. After keeping the secret between a select few, she finally decided to let others in on her cancer diagnosis.

One of those people would be Nikki. Nikki had begun to figure out that something was wrong with Sharon at the Gala. However, at first, Sharon would not tell her what was bothering her until later on in the day. When she finally told her, Nikki offered her support and showed concern for Sharon. Viewers know that despite their history, they know how to put things aside if there is a tragedy.

For example, when Dylan McAvoy (Steve Burton) left, they put their bad blood aside in order to help each through the grief of not being able to see him anymore. This time, however, things are more serious, and Nikki is determined to be there for Sharon just like before. They began to bond when Sharon came to visit Victoria Newman (Amelia Heinle) in the hospital, and she gave Sharon a ride home afterward. They were able to spend some time talking and bonding.

Young and the Restless Spoilers: Skyle and Tola Forced Together – Will Either Couple Succeed? https://t.co/L1ER4j9aNW pic.twitter.com/snP51YdY5p

Spoilers say that they will continue down this path and that Nikki will be there to offer some support for her while she is receiving treatment. Of course, Sharon is feeling all the love from numerous sources, and her support system will continue to grow as time moved forward.

What do you think? Do you think Nikki will be a primary source of support for Sharon? Are you looking forward to more Sharon and Nikki scenes? We’ll give you updates as Y&R news comes in. Stick with the CBS soap, and don’t forget to check SOS often for the latest Young and the Restless spoilers, updates, and news.

Young and the Restless spoilers: Amanda Gives In To Billy Romance – Sparks Fly Between Dynamic Duo

Bold and the Beautiful Spoilers: Steffy & Brooke Try To Convince Zoe That Thomas Is Still Obsessed With Hope