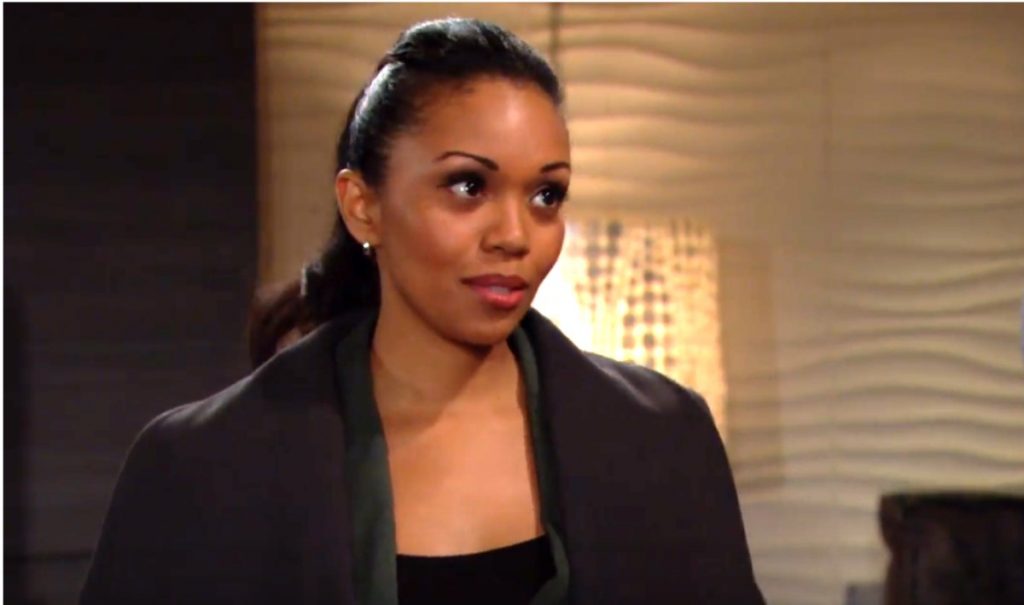 The Young and the Restless (Y&R) Spoilers hint that Amanda Sinclair (Mishael Morgan) will soon make a decision on which company she will join. Amanda has built bridges with some of the people in Genoa City. This includes once enemy, Devon Hamilton Winters (Bryton James). However, with the change that has happened, she has been offered two jobs recently. One job was offered by Devon, who wants her to work at the clinic while the other job was offered by Lily, who offered her a job at Chancellor.

The Young and the Restless Spoilers- Devon’s offer to Amanda

Devon recently offered Amanda a job at the clinic. However, Amanda did not want to take it at the time. It ended up being clear that she did not want to take the job because she thought that he was only giving the job to her because of their past and the things that she had been through recently. It would be interesting to see how she would work with them. It might be awkward since they do have the past of not liking each other, but then again, they have put it behind them and tried starting over.

The Young and the Restless Spoilers: Adam Ready To Throw Anyone Under The Bus To Get What He Wants https://t.co/YkzIY8dm62 pic.twitter.com/agNTXht21D

Lily Winters (Christel Khalil) soon approached Amanda as well with a job opportunity. When Lily offered her the job, it made Amanda think that she was only being offered the job because they saw her as a charity case. However, Lily genuinely wanted to hire her. After running it past Billy Abbott (Jason Thompson) and the two agreeing to hire Amanda, Lily reached out to Amanda. It seems that Amanda wanted time to think about it. However, it seems that something is holding Amanda back, and this could be the idea of working with Billy, who she had a brief connection with. It could be that she may feel awkward around Billy or might even still have feelings for him. This can be seen from how she reacted to seeing Billy talking to Victoria.

It might not be a bad idea for Amanda to work with Lily as they might get along well, but Billy being around could cause problems if they have unresolved feelings. On the other hand, working with Devon may put her in an awkward position or maybe not depending on how things play out. What do you think would be the best job for Amanda? We’ll give you updates as Y&R news comes in. Stick with the CBS soap, and don’t forget to check SOS often for the latest Young and the Restless spoilers, updates, and news.

Days of Our Lives Spoilers: Kristen Is On A Rampage – Brady Concerned About Victor’s Safety