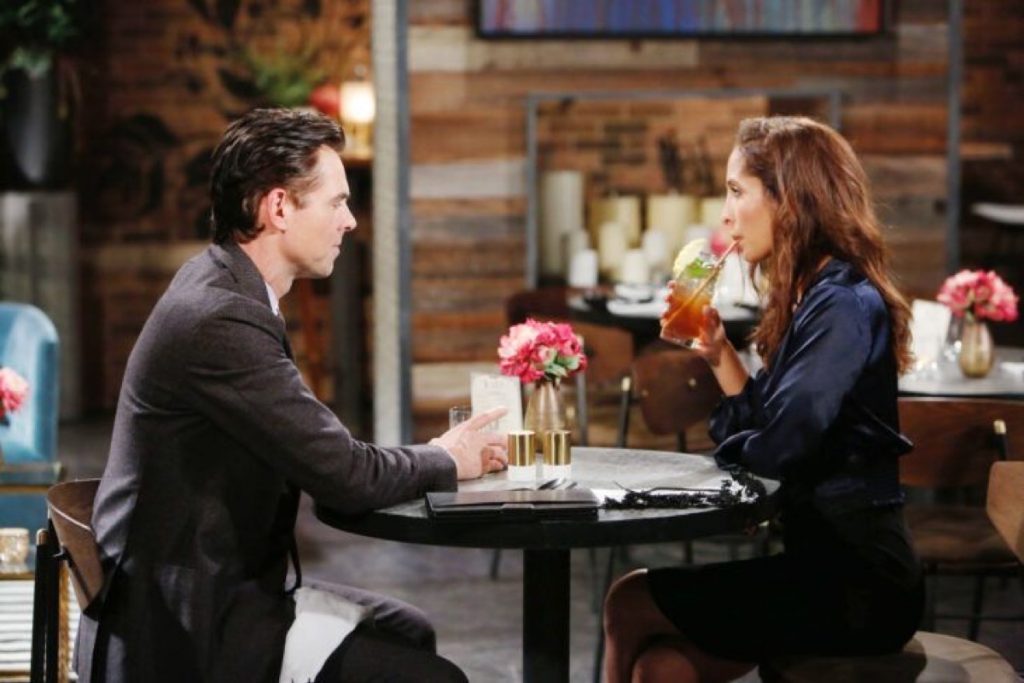 CBS The Young and the Restless spoilers say that it’s only a matter of time before Genoa City, Wisconsin Billy Abbott (Jason Thompson) and Lily Winters’ (Christel Kahlil) desires are going to get the best of them and the two of them are going to hop into bed with each other. In fact, it’s almost inevitable at this point as the two continue to grow closer and closer by the day as their professional relationship is about to get personal. Here’s what you need to know.

According to the latest edition of Soap Opera Digest, Billy tries to pitch a possible sequel to the Adam Newman (Mark Grossman) expose to Lily, believing that it will bring even more numbers to their company. The story did very well and for Billy, he wants to keep the momentum going.

However, Lily is quick to point out that they don’t even have a follow-up story from Adam. But when Billy persists, Lily tries to get him to think of something else and that’s when he notices her looking at his lips. Clearly, Lily was thinking about kissing him. Feeling flustered, Lily admits that she did think about kissing him, but just because she wanted to shut down his impulses.

The Young and the Restless Spoilers: Lily Can’t Help But Think About Kissing Billy

Jason Thompson, who plays Billy on the hit CBS soap, puts it this way to the publication, “I think that they can be playful with each other and it can be sexy while still keeping it above-board in the boardroom. He knows there’s a certain attraction between them, so he likes being mischievous.”

Not only does he know it, but Lily knows it, the fans know it, and everyone in Genoa City knows it, too. So, what’s taking so long for Billy and Lily to get to that point where they just want to rip each other’s clothes off? Needless to say, The Young and the Restless fans will have to tune in this week in order to find out!