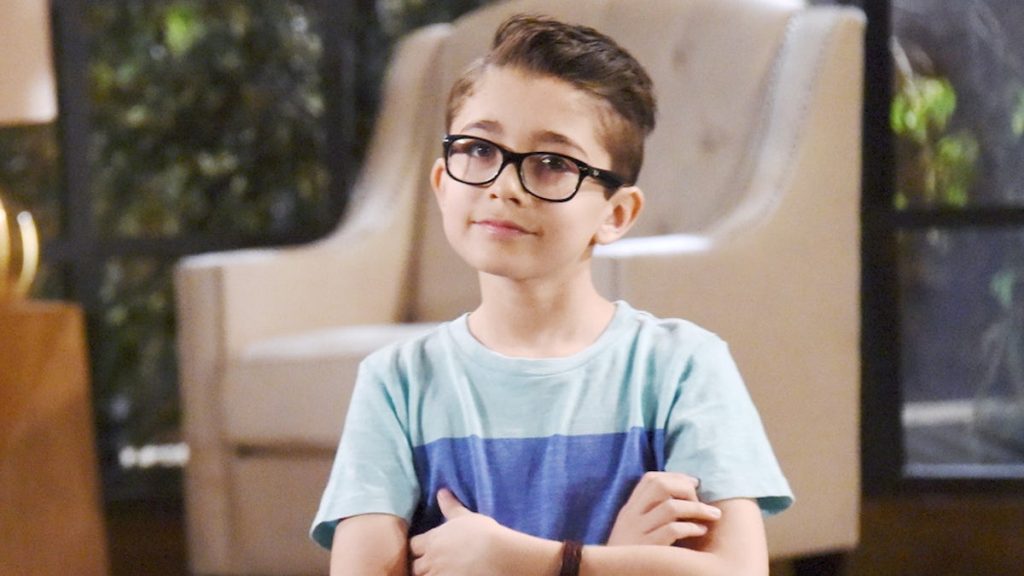 General Hospital (GH) spoilers tease that now that Nikolas Cassadine (Marcus Coloma) has been revealed to be alive, it’s only a matter of time before Spencer Cassadine (Nicholas Bechtel) finds out. But Laura Collins (Genie Francis) is hoping to reach her grandson before he hears the truth from someone else? But where is Spencer?

When Nikolas tried to call Spencer on New Year’s Eve, he was unable to reach his son. It was night across the continents so no one thought much of it. But what if Spencer has already heard about his dad and has staged a disappearing act? Where would he go?

Britt Westbourne (Kelly Theibaud), Nikolas’ ex, has been mentioned many times recently. Britt and Nikolas had their issues, but she and Spencer were always close. It’s always possible that he has looked her up and is seeking refuge with her. Britt would take good care of Spencer, but would be just as shocked as anyone to find out that Nikolas was still alive. She would likely contact Laura or Nikolas and let them know Spencer was safe.

Did Valentin kidnap him

In the weeks prior to New Year’s Eve, Valentin Cassadine (James Patrick Stuart) knew that someone was plotting against him. Spencer has gone against Valentin in the past, so it wouldn’t be surprising if Valentin has Spencer somewhere tucked away. If that’s the case, Laura and Nikolas will soon go on an adventure to recover Spencer!

Is Spencer missing? Has he gone somewhere of his own accord or has someone taken him? Only time will tell, so stay tuned to General Hospital airing weekdays on ABC. And don’t forget to check back here regularly for all your General Hospital news, information and spoilers!