The Young and the Restless’ Spoilers: Amanda Trying To Put The Past Behind Her – Devon Remains Committed 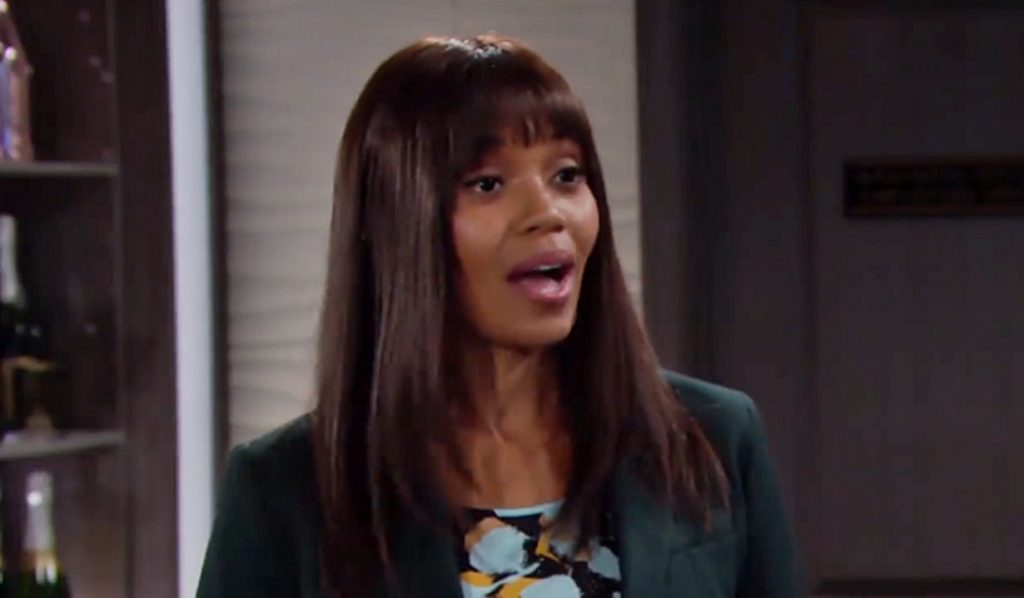 Amanda Sinclair (Mishael Morgan) wants a fresh start in Genoa City, Wisconsin, on ‘The Young and the Restless’. But that’s been impossible because of the mess Colin Atkinson (Tristan Rogers) drew her into and because of what happened to her in the recent past.

Morgan’s second Y&R character, with Hilary Hamilton being her first, had no idea that the “old jerk” she unfortunately was hired by purposely picked her to handle his attempt to steal Devon Hamilton’s (Bryton James) inheritance. But she looks exactly like Devon’s late wife, which was part of Colin’s plan to play mind games within his high-level ruse.

Devon has fallen in love with Elena Dawson (Brytni Sarpy). He hasn’t and isn’t comparing what ‘Hevon’ was to what this developing relationship might become.

What’s obvious is that Devon is fully committed to Elena, as she is to him. Together ‘Delena’, or ‘Elevon’ if one prefers, has formed a likable pairing that appears to be heading toward marriage this year.

Recent reflection caused Devon to share with his current love that his reaction to Hilary was misguided. However, when running into her at Society, James’ character claimed he wanted to clear the air before once again questioning whether Amanda knew of Colin’s whereabouts.

Young And The Restless Spoilers – Amanda Sinclair’s Deflection Is Subjective

The Young and the Restless Poll: What Should Nick Do Now That He's Single? @celebratesoaps #yr #youngandrestlesshttps://t.co/FwwhiYZqtK

After telegraphing an apology for his behavior these past months, Devon veered hard. He told Amanda that she could feel free to tell him where Colin is, if she knew.

Amanda didn’t take kindly to the assertion that she was still lying about being connected to Colin. But it’s fair to ask if she was deflecting the question when leaving the restaurant without answering it directly, or if she felt lured in by Devon’s initial admission and then became angered because her integrity was challenged once again.

Devon could have misinterpreted Amanda’s response for the reason stated above. Plus, while he knows some information about her messy relationship, that seems to have occurred in Madison, Wisconsin, Devon doesn’t grasp that Amanda’s demeanor is shaped by the personal crisis she’s still dealing with.

Young And The Restless Spoilers – Demanda In The Distance

Any ‘Demanda’ pairing would seem to be far off. As noted, Devon and Elena are solid and Amanda is still trying to put distance between herself and her ex-significant other.

All soap supporters know that Morgan’s return to the cast, a gift for fans of compelling acting, clearly opens the potential of an eventual Devon-Amanda pairing. What’s also suspected is that Morgan’s newest character would (or will) need to be biologically connected to her before a logical pathway would exist for Amanda and Devon to be written into a love story.

The Bold and the Beautiful Spoilers: An Angry Zoe Reacts To Hope And Thomas Sleeping Together