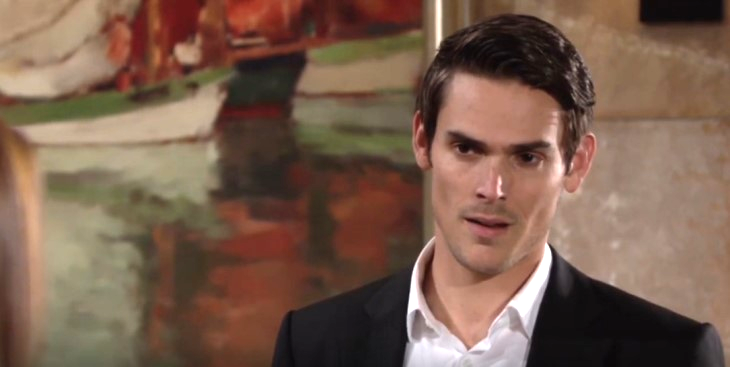 The Young and the Restless (Y&R) Spoilers hint that Adam’s plans will backfire in the near future because of him wanting to learn more about his past. Adam Newman (Mark Grossman) had learned that there are some suspicious things that happened when he was younger, that may have involved his father, Victor Newman (Eric Braeden).

This has made him do some digging into his past to see how his father might have been included. However, will his curiosity cause him to hit a bump in the road and for his plans to backfire?

Young and the Restless Spoilers: Nick Knows Adam’s Up To No Good – See What He Does

Adam has started to dig into his past to see if he can find the truth. However, Victor will get wind of this and will tell try his best to get Adam off of the trail. This will work as Adam will find that his plans for finding the truth will backfire and may lead to trouble for him. This may mean that the secret that he is trying to hide is big enough to affect Victor’s standing with his family and may even jeopardize his company as well.

Victor is willing to do whatever it takes to make sure his secrets never come to light even if he has to go head to head with his own son, Adam Newman. It seems that Adam will have to be careful as his plans will begin to unravel very soon. What do you think? Should Adam back down or continue forward? Did Victor really kill Adam’s childhood friend’s loan shark father? We’ll give you updates as Y&R news comes in. Stick with the CBS soap, and don’t forget to check SOS often for the latest Young and the Restless spoilers, updates, and news.