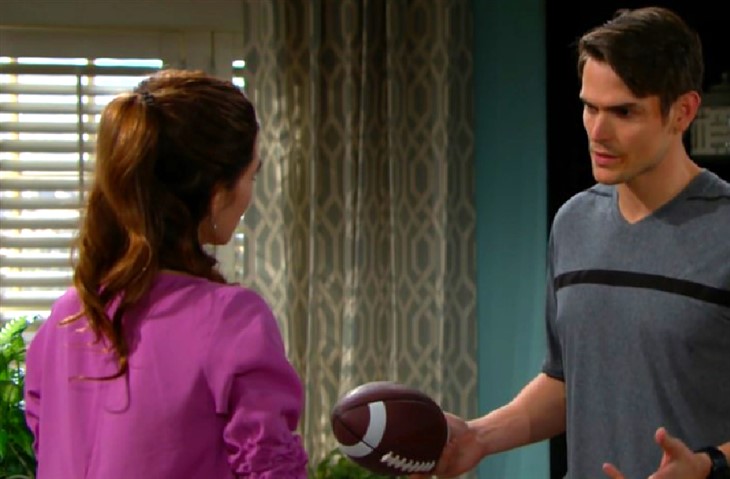 The Young and the Restless spoilers document that Adam Newman (Mark Grossman) is mindlessly threatening his father. Meanwhile, Vickie Newman (Amelia Heinle) is putting the entire family at risk by using Billy Abbott (Jason Thompson) as means of attacking the Newman’s.

Adam believes that Victor Newman (Eric Braeden) is the cause of all of his problems. He refuses to take responsibility for himself, or to give any benefit of the doubt where his dad is concerned.

Vickie, falsely perceiving herself to be different than Adam, or Victor, is doing the same thing as her detested, younger brother. Yes, Vickie is behaving just like Adam.

Victor did not abandon Adam and his mother. Hope Newman (Signy Coleman), which was her married name at the time, decided that Genoa City, Wisconsin, wasn’t right for her. So, she made the decision, against Victor’s desires, left town and moved back to her Kansas farm.

Cliff’s death was caused by one of A.J. Montalvo’s (Marcus DeAnda) enforcers. The loan shark then tried to intimidate Hope (played in recent, retrospective scenes by Maggie Gwin) into paying off Cliff’s debt.

Young Adam (played in an alternative younger version by Dane West) defended his mother and apparently pushed A.J. in the dining room. That caused his death, which Adam blocked out. Hope called Victor, who immediately flew to Kansas and handled a coverup in order to protect Adam and Hope.

Victor helped Hope and Adam. How many people in Kansas, other than Hope and the farm’s caretaker, knew that Victor was Adam’s father?

Adam somehow can’t seem to connect the above facts with what would have happened if Victor hadn’t chose to become involved in the aftermath of A.J.’s death. In all likelihood state related authorities would have at least investigated Hope’s living situation.

It’s no stretch to believe that a recommendation for Adam to be removed from Hope’s home for evaluation would have happened. Adam has no idea what his life would have been after that, or how his mother’s world would have been impacted. But Victor and Hope recognized danger and responded in what they believed was the best possible manner.

Young And The Restless Spoilers – Vickie Newman Thinking About Herself

Vickie may believe that Adam is a threat to Newman Enterprises. But Vickie is making the type of mistake that her father did on various occasions when he was at the helm. She’s allowing petty, personal conflicts, some of which are actually endangering her professional longevity, to drive decisions that could seriously damage the company.

The Young And The Restless Spoilers: Kyle And Summer Take The Next Step In Their Relationshiphttps://t.co/ogmxxeIrYS

If Adam goes down Victor could follow. It would not be good for Newman Enterprises if its founder and Chairman of the Board is publicly branded as a criminal. Vickie seems to think the business can withstand anything and is thinking mostly of herself in recklessly leaking damaging information to Billy.