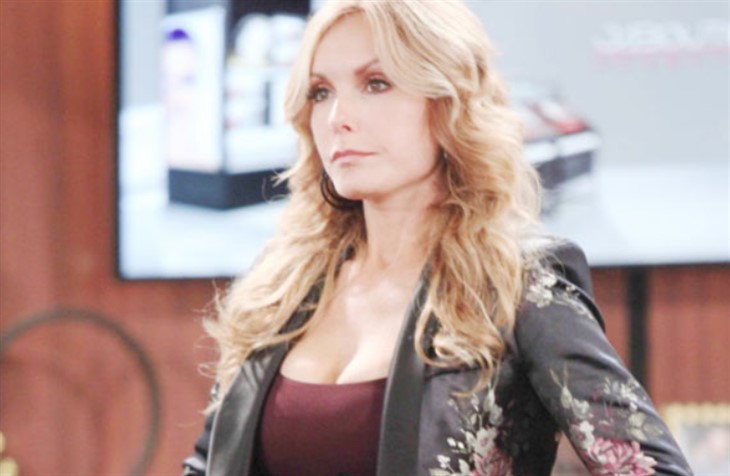 CBS The Young and the Restless spoilers reveal that a daytime vet is back at work and her fans couldn’t be happier to hear that they will once again see her smiling face in Genoa City.

We’re talking about Tracey Bregman who plays Lauren Fenmore-Baldwin. She has been on the show since the 1980s and as such has earned an enormous and loyal fan base. Her plots have even crossed over to Y&R’s sister soap, The Bold and the Beautiful.

Let’s hope that her latest stint is longer than her last!

The news is that Bregman reported for work Friday, September 4, 2020. This is her first day back to the set since the show resumed production in August.

At the time the show resumed filming, production had been halted for months. The stoppage was a necessary move in light of the coronavirus pandemic. In mid-March, the entire film and television industry worldwide came to a screeching stop. Only recently have sets begun to open and productions getting back to work.

During its hiatus, the show had to begin airing encore episodes after it ran out of original content. Y&R showed encore episodes for weeks, many of those weeks having specific themes. Fans were grateful for the chance to see vintage episodes but most were of the same mind that nothing beats brand new content!

So far the show has been taking its return slow and steady. The plots have a certain subdued quality to them, the prime example being the reveal that Amanda Sinclair (Mishael Morgan) could be the twin of Hilary Winters. Instead of going all out with a gobsmacking drama-filled reveal, the show has taken an understated approach, with all parties involved carefully considering their options. What could have been a show-stopping, the jaw-dropping reveal has turned into a yawn fest.

So, when will Bregman be seen on our screens? Right now there is a roughly one month gap between filming and actual air time. With this in mind, we should see Bregman back in Genoa City in October. As soon as we have details about a possible storyline for Lauren we’ll let you know!

Days Of Our Lives Spoilers: Philip’s Reunion With Belle Blows Up In His Face