The Bold And The Beautiful Spoilers: Zende Brought Back As New Loves Interest For Zoe? 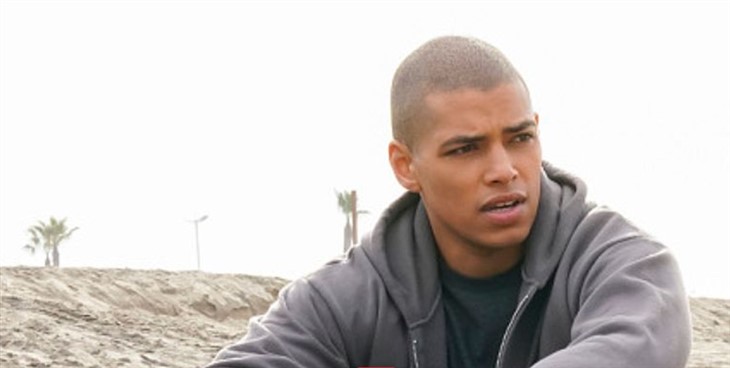 CBS The Bold and the Beautiful rumors indicate that Zende Dominguez (Delon de Metz) is being brought back as the new love interest for Zoe Buckingham (Kiara Barnes).

With Zende returning to Los Angeles alone, it’s obvious that his marriage to Nicole is over. As fans will remember Zende and Nicole’s relationship was filled with plenty of problems from the moment they started dating.

Even after they reunited and married, issues continued to plague the couple. After Nicole learned she couldn’t have any more children, she contemplated suing her sister Maya Avant (Karla Mosley) and Rick Forrester (formerly Jacob Young) for custody of Lizzy Forrester (Gianna and Isabella Garcia). However, Zende talked her out of it and promised they’d find a way to have a child of their own.

But it now appears the couple wasn’t destined to live happily ever after.

The Bold And The Beautiful Spoilers – Zende Dominquez’s Relationship

However, Zende won’t be single for too long once he comes back to town. The lady who’ll catch his eye is Zoe.

Zoe is recently single after suffering a humiliating heartbreak at the hands of Thomas Forrester (Matthew Atkinson). When Zoe was last seen, she dumped Thomas at the altar after learning he was using her as part of his plan to get Hope Logan (Annika Noelle).

While it looked like the show was going to pair Zoe with Carter Walton (Lawrence Saint-Victor), it seems Zende will be the one to help mend her broken heart.

With Zende going through a break up himself, he’ll be a great comfort to Zoe as she moves on from the past. Of course, before long a romance will develop between the two, and Zoe and Zende could become B&B’s newest couple.

'The Bold And The Beautiful' Spoilers: Thomas Forrester Returns To Stir Up Drama In New B&B Episodeshttps://t.co/rukBNIvkWp

A possible Zoe and Zende romance has fans split. Many are for the pairing and believe Zende will be a good match for Zoe. However, there are some fans who think Carter should be with Zoe since this will give him a front-burner storyline.

Then there are those fans who are holding out hope that Nicole will return to town and reunite with Zende.

Even though they’re not paired together yet, the potential Zende and Zoe romance is already the talk of the B&B fanbase.

With new episodes of B&B set to air soon, it won’t be too much longer before fans see Zende. At some point, he’s bound to run into Zoe, and viewers will judge for themselves whether the couple has any chemistry.

Do you think Zoe and Zende will make a great couple?