The Bold and the Beautiful Spoilers: Flo Looking To Push Sally Aside? Wyatt Caught In The Middle 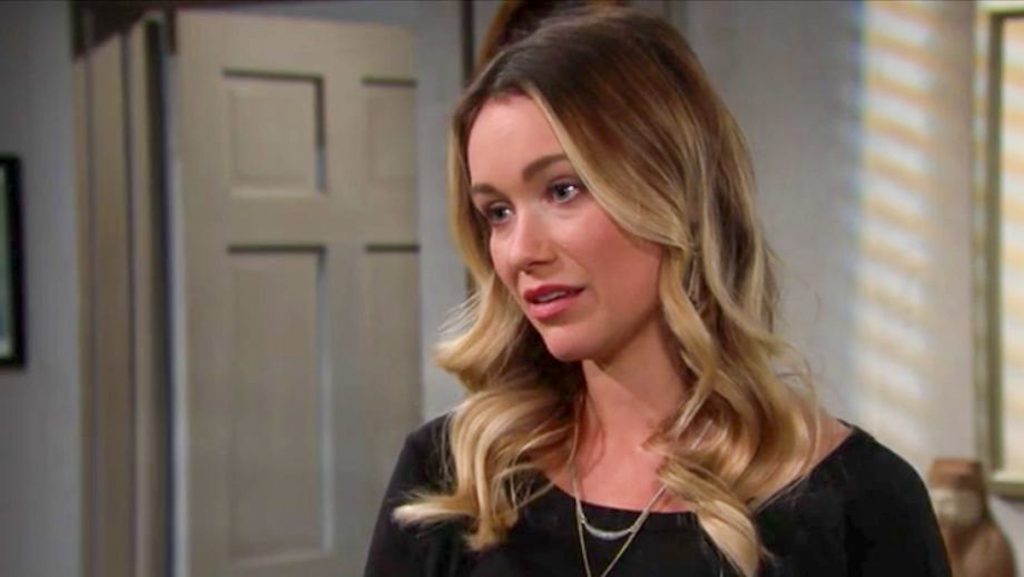 The Bold and the Beautiful spoilers indicate that Flo Fulton (Katrina Bowden) returns and is ready to fight for Wyatt Spencer (Darin Brooks).

Flo hasn’t been seen in a while, but she soon makes her return and it will spell trouble for Wyatt and Sally Spectra (Courtney Hope).

After her role in the baby switch was exposed, Wyatt broke up with Flo. He didn’t want anything to do with her after the pain she caused his brother Liam Spencer (Scott Clifton) and Hope Logan (Annika Noelle).

Flo begged Wyatt to forgive her and give them another chance, but he refused. He did have a brief moment where he reexamined his feelings when Flo donated her kidney to a dying Katie Logan (Heather Tom). But Wyatt was steadfast in that he and Flo were over.

Wyatt is moving on with Sally. The couple is engaged and planning a wedding even though the groom’s mother Quinn Fuller (Rena Sofer) is against it. But Quinn may get her wish of a Wally break up when Flo returns.

Flo still loves Wyatt, he’s her first love and she was excited when fate brought them together again in Los Angeles. She was devestated when Wyatt broke up with her following the baby switch saga.

Flo has vowed she’s not giving up on them, and now that she’s back she’s going to be more determined than ever to win Wyatt’s love. Even though Wyatt’s adamant he loves Sally, she knows deep down he’s not over her.

With there being a chance for them to reunite, Flo’s going to do whatever it take to win back Wyatt. She knows she’ll have a fight on her hands with Sally, but she’s ready to battle for Wyatt’s affections.

The Bold and the Beautiful Spoilers: Thomas Informs Liam That He's Not Going Anywhere, Get Used to Having Me in Hope's Life @celebratesoaps #bb #boldandbeautiful https://t.co/IrivhXB0BR

The question is will Flo resort to dirty tactics in order to get what she wants.

Secrets is what tore her and Wyatt apart in the first place, and Flo doesn’t want a repeat of that. She’s working hard to redeem herself in the eyes of Wyatt and her family, she doesn’t want to fall back into old habits. If she’s going to win Wyatt’s heart, she’s going to do it the honest way. She just hopes it’ll be enough for him to come back to her.

Do you want Flo and Wyatt to reunite?

General Hospital Spoilers: Cameron Shocked Over Josslyn And Dev Romance – Moving On With Trina Instead?