The Bold And The Beautiful Spoilers: Who Was Most Grateful This Thanksgiving On B&B? 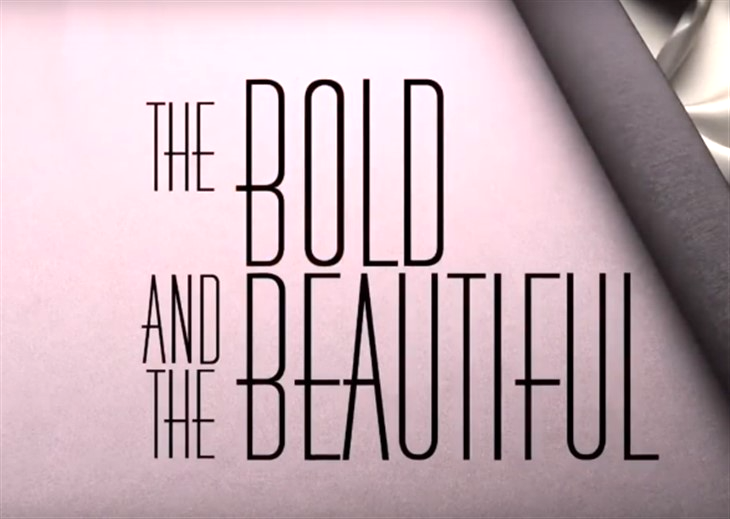 The Bold and the Beautiful spoilers document that a number of people can be grateful as Thanksgiving arrives in Los Angeles, California. There are individuals and couples whose lives are much better than was true in the recent past.

Of course, Bridge stands with the pairings who are doing well. Lope believes it’s strong, which is generally true.

Steffy Forrester (Jacqueline MacInnes Wood) is grateful that she survived a second motorcycle crash, fended off what was the start of reliance on pain-killers, and she’s overjoyed to have become part of a pairing with John Finnegan (Tanner Novlan).

Carter Walton (Lawrence Saint-Victor) has realized significant professional advancement, in being promoted to Forrester Creations Chief Operating Officer’s post, which includes a seat on the Board, and believes he’s found his future wife in Zoe Buckingham (Kiara Barnes).

Looking back across the decades, or even to earlier this year, Brooke Logan Forrester (Katherine Kelly Lang) and Ridge Forrester (Thorsten Kaye) have truly done so much to be together and to find their way back to each other when they split apart. In the most recent drama Bridge overcame Quinn Fuller Forrester’s (Rena Sofer) incredible plan where she used her best friend, Shauna Fulton (Denise Richards), as a pawn.

Wyatt Spencer (Darin Brooks) has loved Flo Fulton (Katrina Bowden) since they were in high school. But Sally Spectra (Courtney Hope) also occupied a part of his heart more recently. Hope’s character departed LA for Genoa City, Wisconsin, earlier this year, which leaves Wo in a prime position to marry and start a family in the near future.

B&B Spoilers – Choosing To Be Optimistic

Hope Spencer (Annika Noelle) can be stubborn. At times that puts her in danger, as is true where Thomas Forrester (Matthew Atkinson) is concerned. But her stance also allows counting of blessings, as living with Liam Spencer (Scott Clifton), their daughter, Beth Spencer (Madeline Valdez and River Davidson), and Douglas Forrester (Henry Samiri) at the cabin is an idyllic life, despite building issues with Thomas.

Zoe is in a much better place in her life now, as compared to last spring. Her failed wedding was humiliating but proved to be emboldening. She has been welcomed back into Forrester Creations and has found a man to love, though his name might not be Carter, as Zende Forrester (Delon de Metz) hopes.

The Bold And The Beautiful Spoilers – Seeing Light Through The Darkness

Eric Forrester (John McCook) thought Quinn confronted the worst parts of herself. Hopefully, she has and they can reconcile. But if Queric doesn’t, then at least Eric has the information he needs and can choose to move on from what was an unsustainable marriage.

Bill Spencer (Don Diamont) panicked when he realized that he’d hit Steffy with his sports utility vehicle. While injured, she had surgery and has fully recovered. Bill still hasn’t given up hope where Katie Logan (Heather Tom) is concerned. Batie is the family he wants. So, until Katie makes a final decision, he’s choosing to believe that he’ll be forgiven for kissing Brooke and that he’ll be able to reunite with the woman he most loves and their son, Will Spencer (Finnegan George).

Days Of Our Lives Spoilers: Will Sonny And Will Be In Christmas Episode? Freddie Smith Reveals The Answer