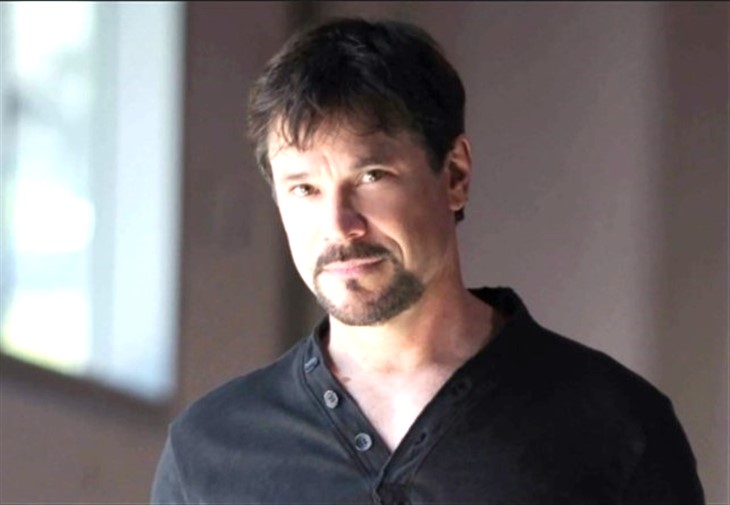 NBC Days of our Lives spoilers reveal that alum Peter Reckell, who played Bo Brady, has an exciting new project that fans will definitely want to know about. Reckell is a featured singer on a Christmas album titled Joy. He recently tweeted about his musical endeavor and about his recent relocation to New Zealand.

Reckell tweeted: “Creating the JOY album, singing again, has been very rewarding. I will talk about that, the move to NZ, and what’s happening with DOOL, this weekend during the Qand A. I’ll post the times tomorrow at (BlueAeris.com).”

It sounds like Reckell and his wife Kelly Moneymaker are keeping busy and creative as 2020 winds down and we can’t wait to hear more about their brand new adventures.

The album is a compilation of songs and was produced by Reckell’s wife Kelly Moneymaker and Kehan Miller. On the album, fans have the chance to hear Reckell sing a new tune titled Under The Mistletoe.

The album is on the Blue Aeris label and has a delightful combination of both original and traditional songs and several musical genres are represented.

The album is described as a community-building venture between talent in New Zealand and international artists; the album features well-known musicians as well as up-and-coming talent.

Moneymaker tweeted that Reckell, “was nervous about singing again!” For his part Reckell shared, “I know, it’s not even Thanksgiving yet, but we all can use a bit more JOY in our day. “take a listen and I’m sure at least one of the songs will lift your spirits. http://blueaeris.com.videos will be out soon.”

He also asked his fans to share, “what song brings JOY to you.”

Salem is not exactly the same these days as Bo Brady, Hope Brady (Kristian Alfonso), and their daughter Ciara Brady (Victoria Konefal) are all gone from the canvas. Bo, died and Hope have left town following the presumed death of Ciara.

As fans know, Ciara is not dead and there is every indication she will return to Salem one day. Might Hope to return at that time, albeit with a new actress in the role? Be sure to tune in and find out DOOL fans!

The Bold And The Beautiful Spoilers: Who Was Most Grateful This Thanksgiving On B&B?