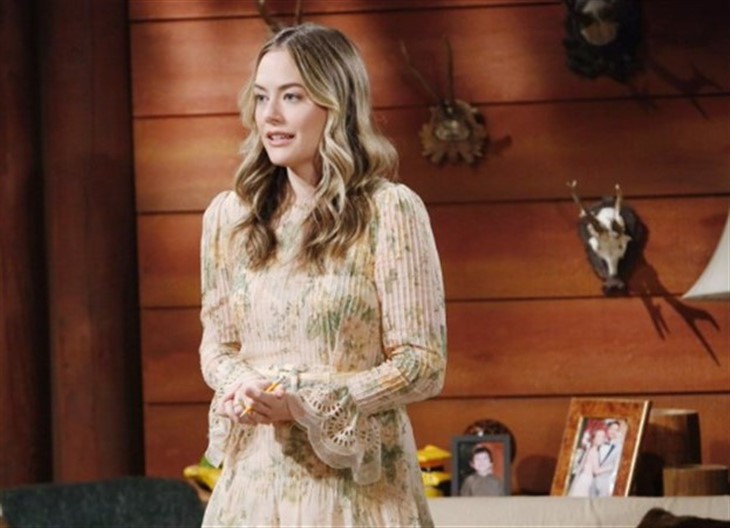 The Bold and the Beautiful spoilers reveal that in Los Angeles Thomas Forrester (Matthew Atkinson) kissed the Hope Logan (Annika Noelle) mannequin. However, Liam Spencer thinks it was actually his wife in the flesh. As for why Liam didn’t say anything, actor Scott Clifton says Liam thinks the kiss explains everything and why Hope has been so dismissive of his concerns lately.

The Bold And The Beautiful Spoilers – Thomas Forrester’s Mannequin Kiss

B&B spoilers reveal that Thomas’ hallucinations are getting worse. Last week, Thomas opened the door to Hope, who left her purse there. Now we don’t know if Hope ever really knocked on the door after she left earlier. What we do know is that Thomas thought the mannequin was Hope and kissed her. That kiss was seen by Liam, who thought the real Hope had betrayed him.

In the new issue of Soap Opera Digest, actor Scott Clifton explained why Liam didn’t say anything, pull Hope away or confront them. It seems that Liam was just shell-shocked and didn’t know what to do. He saw something that he thought would never happen.

The Bold And The Beautiful Spoilers – Why Go To Steffy Forrester?

The Bold and the Beautiful spoilers reveal that Liam doesn’t intentionally leave to waffle back to Steffy Forrester (Jacqueline MacInnes Wood). It must have been in his subconscious, though. Clifton said that Liam just leaves Thomas and Hope, gets in his car and starts driving. He’s not heading in any particular direction and finds himself at Steffy’s house. So, he goes to talk to her about what he saw.

In Liam’s mind, the kiss explains, everything that’s gone on lately. He has voiced his concerns about Thomas repeatedly. Hope has dismissed all of them, invited Thomas to visit Douglas Forrester (Henry Joseph Samiri) at the cabin when he wasn’t there, and actually had dinner over at the designer’s apartment. So, in Liam’s mind, this is sketchy behavior, and he likely thinks that “Thrope” has been having an affair for weeks. If not, then Hope was thinking about it.

However, fans know that he is wrong about this, he’s wrong about the kiss, and he will live to regret cheating on his wife. Not only will it affect Liam and Hope’s marriage, but Steffy’s relationship with Dr. John “Finn” Finnegan as well as making interactions between the two women tense in the future.