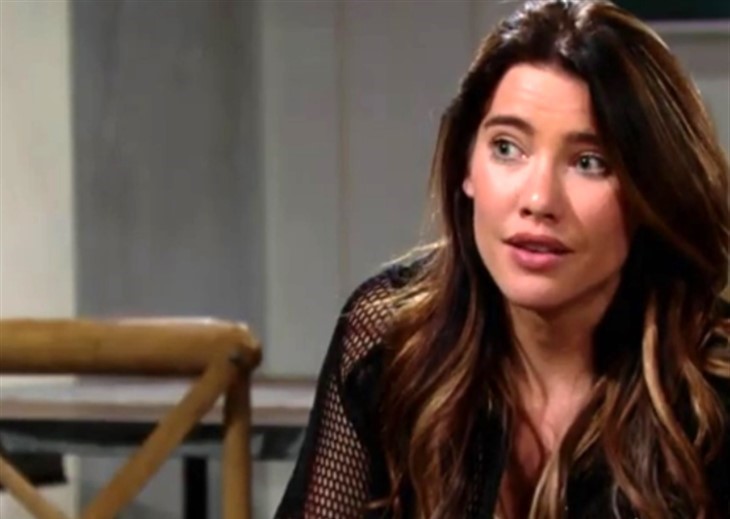 The Bold and the Beautiful spoilers document that in Los Angeles Steffy Forrester’s (Jacqueline MacInnes Wood) plan is to remain silent. She’s totally on the mark in urging Liam Spencer (Scott Clifton) to not divulge every ounce of his conscience to Hope Spencer (Annika Noelle), as he often has, for better or worse, in the past.

Liam has a history of not seeing the clear consequences of what he’s doing, both before and after he acts. In this instance he convinced himself that Hope had wronged him. Then later, after realizing that he was totally wrong, Liam decided that telling Hope what happened would somehow make everything right.

Instead of Thomas Forrester (Matthew Atkinson) retaining his evergreen villain status, he’s suddenly become a sympathetic figure. Even Liam feels for the guy, who had a subdural hematoma addressed in emergency surgery.

The freshness of this storyline has Liam swapping tags with Thomas, where Clifton’s character becomes the cad. Steffy isn’t as much of a villain. But she does earn points for bad behavior.

Liam seems willing to listen to Steffy’s pleas, as he has so often in the past. So, it’s plausible that he’ll keep his mouth closed and not exacerbate the situation.

The Bold And The Beautiful Spoilers: Quinn Closer To Reconciliation That She Realizes – Eric Nearing Forgiveness

However, Liam lives in an idealistic world, which is why he’s not able to enjoy his plush life, which includes a wonderful wife, two daughters, a step-son, and access to wealth that his father, Bill Spencer (Don Diamont), has provided.

However, speaking on behalf of Liam’s perspective, one must say that the loss of his mother, during the early part of Clifton’s character’s life, is part of the reason why his emotions are ever-fragile. He’s a good guy at heart, but does get carried away on too many occasions.

Steffy is actually trying to preserve Lope by insisting that Liam not tell Hope about the momentary Steam reconnect. That stance is a major reinforcement of the personal progress Wood’s character has made in recent months, as Steffy is no longer hoping to reunite with Liam, even considering what happened at the cliff house just days ago.

It’s fair to acknowledge that Steffy also wants to prevent John Finnegan (Tanner Novlan) from learning what she did. There’s a much greater chance that would happen if Liam tells Hope the truth, and they break up.

Royal Family News: What We Can Look Forward To In The Crown Season 5