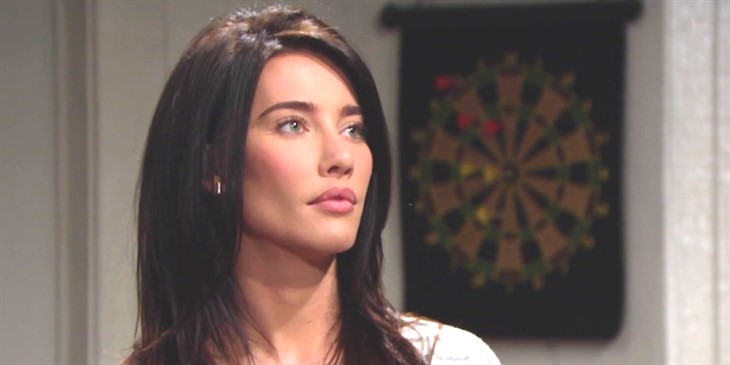 The Bold and the Beautiful (B&B) spoilers for new episodes tease that Steffy Forrester (Jacqueline MacInnes Wood) will fall hard for an attractive new doctor in upcoming episodes. Tanner Novlan has been cast as Dr. John “Finn” Finnegan – and he’ll definitely be playing a new love interest for Steffy. It sounds like B&B’s going all-in on a deep romance, so we want to know what you think.

The Bold And The Beautiful Spoilers – Steffy Forrester Settling Down

Do you see Finn as someone Steffy could settle down and build a family with down the road? That’s obviously not something that’ll happen overnight, but it could easily happen if fans like this new guy and the pairing. Many Steffy fans would love to see her move past Liam Spencer (Scott Clifton) for good and hopefully build a future with Finn.

Of course, no one knows what Finn and Steffy’s chemistry will be like until it’s actually on screen in front of us. Likewise, nobody knows anything about Finn’s personality or any skeletons he might have in his closet. Anything can happen on The Bold and the Beautiful, so it’s a waiting game until B&B offers more info.

However, B&B viewers have every reason to be hopeful since Novlan was brought on specifically for Steffy. That suggests The Bold and the Beautiful may be in this for the long haul. Soap couples rarely last forever, but Steffy and Finn could become the new couple to root for. It’d be great to have a solid duo to cheer on as they face the ups and downs.

It seems the biggest request from most fans is for Finn to just not be a waffler! As long as Steffy holds his attention and Finn treats her right, it’ll be easy for many viewers to get behind Finn and Steffy. Perhaps Finn’s just the kind of guy Steffy should marry and have another child with eventually.

‘The Bold And The Beautiful’ Spoilers: Thomas Forrester Returns To Stir Up Drama In New B&B Episodes https://t.co/dlCn5yKEQQ pic.twitter.com/cBL9fLyVDh

The Young and the Restless Spoilers Leak: Big Story Ahead For Nick Newman When New Y&R Episodes Return