The Bold and the Beautiful Spoilers: Sally’s Burning In The Hot Seat 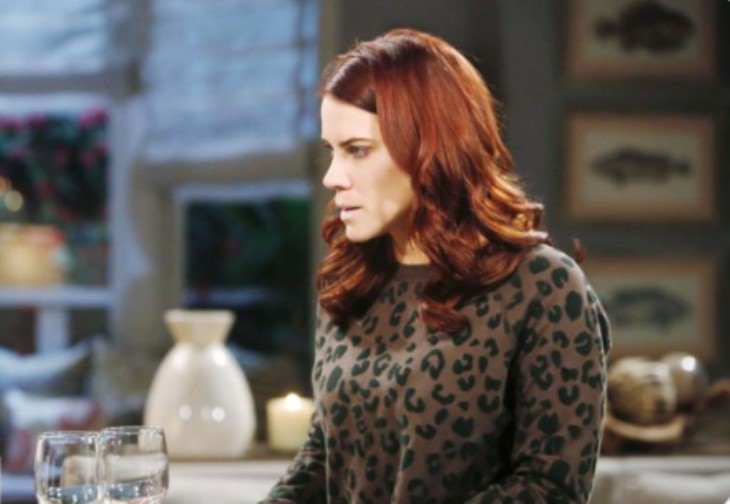 The Bold and the Beautiful  – Sally Spectra (Courtney Hope) this week, as she’s going to have a very hard time convincing Wyatt Spencer (Darin Brooks) to give her that one last kiss on her supposed death bed. Here’s what you need to know.

The Bold and the Beautiful Spoilers: Will Brooke Pay Shauna To Disappear?

The Bold and the Beautiful Spoilers – Wyatt Spencer Feels Guilty

The week of Monday, April 20th will kick off with Wyatt continuing to feel guilty about Sally’s situation. But at the same time, he is going to play a devious trick on the unsuspecting redhead in the hopes of exposing her to the con artist that she is. Of course, Flo Fulton (Katrina Bowden) is right there with him, hoping that this plan will work. Later on that day, Wyatt will feel gobsmacked by his mother Quinn Forrester (Rena Sofer) and her uncharacteristic point of view.

Later that week Flo will find herself in the middle of a heated conversation between Sally and her shady doctor, Penny Escobar (Monica Ruiz). After finding out that Flo had hacked into her medical files, Dr. Escobar is going to give Flo a good piece of her mind and then a punch in the fact that the blonde certainly didn’t see coming!

To make matters even worse, Wyatt shows up unexpectedly and sees Flo unconscious and on the floor. Needless to say, both the manipulative doctor and Sally are in panic mode as they try to explain to him what had happened while of course hiding the truth. But is Wyatt going to buy it or will he finally see Sally for the liar that she is? Either way, we have a feeling that the Spencer son is going to have to make a very important decision about his future and which woman he wants to be with.

Crazy Bold and Beautiful Spoilers: Ridge and Brooke Soulmates – Shauna Nothing But A Rebound For Ridge? #bbb #boldandbeautiful https://t.co/71k9KalLQ1

Of course, The Bold and the Beautiful viewers will have to tune in to find out what happens next. The soap airs on the NBC network. Check your local listings for times. In the meantime, don’t forget to come back for all the latest news and updates along with the latest spoilers on your favorite soaps and reality television shows right here.

General Hospital Spoilers: Is Willow Scared To Marry Michael Because She’s In Love With Him?