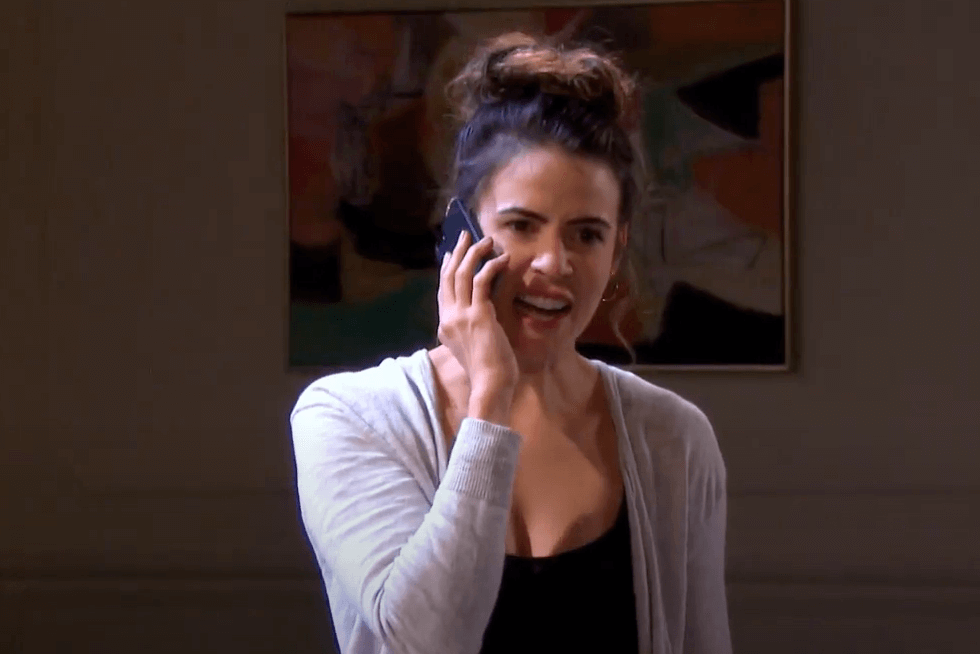 Days of Our Lives spoilers reveal that Sarah Horton (Linsey Godfrey) panics when she runs into a familiar face. Imagine the coincidence that Rex Brady (Kyle Lowder) is in Paris too. The former couple chats, but she lies about why she is there. Rex finds out at the end that there is a manhunt for Sarah and turns her in. However, she had already fled the country by then.

Sarah Horton on the Run

DOOL spoilers reveal that Sarah has taken Rachel Isabella DiMera Black (the May twins) and fled to Paris. During a recent episode, she tells the baby that they can spend their lives there and nobody will separate them. However, her life will get complicated when she sees a familiar face.

When encountering Rex in Paris, the two chat and Sarah lies to him about why she is there. Rex plays with the baby, thinking it’s Mackenzie “Mickey” Horton. She doesn’t tell him about the baby swap or that her real baby died the night she was born.

She also neglects to tell Rex that she is currently on the run after kidnapping Kristen DiMera (Stacy Haiduk) and Brady Black’s (Eric Martsolf) biological daughter.

Days Of Our Lives Spoilers: Sarah Tries To Rebuild Her life After Baby Swap – Can A New Baby Ease Her Pain? https://t.co/6ScElU9VHs pic.twitter.com/FHCt1ApIWQ

Days of Our Lives spoilers reveal that Rex doesn’t find out that Sarah is on the run until after they part ways. He makes a phone call and that’s when he finds out the truth from someone in Salem. He mentions that he just saw Sarah and the baby in Paris. He just turned in his former flame, but it doesn’t happen quickly enough.

Days of Our Lives Spoilers: Fleeing Once Again

It is suggested that by the time Salem finds out that Sarah and Rachel are in Paris, she has fled once again. There is no telling where she will go next, but Sarah will probably take the baby to yet another country. Will they ever track down the kidnapped baby and return her back home where she belongs?

Sarah will soon run out of money and options. She just might be forced to call the one person she hates for help. Of course, we are talking about Xander Cook Kiriakis (Paul Telfer). But by the time she calls him for help, will he have changed his mind? Will he convince Sarah to turn herself in before she gets arrested?

The Young and the Restless Rumors: Will Theo Be Able To Sell Himself As The Perfect Social Media Influencer?