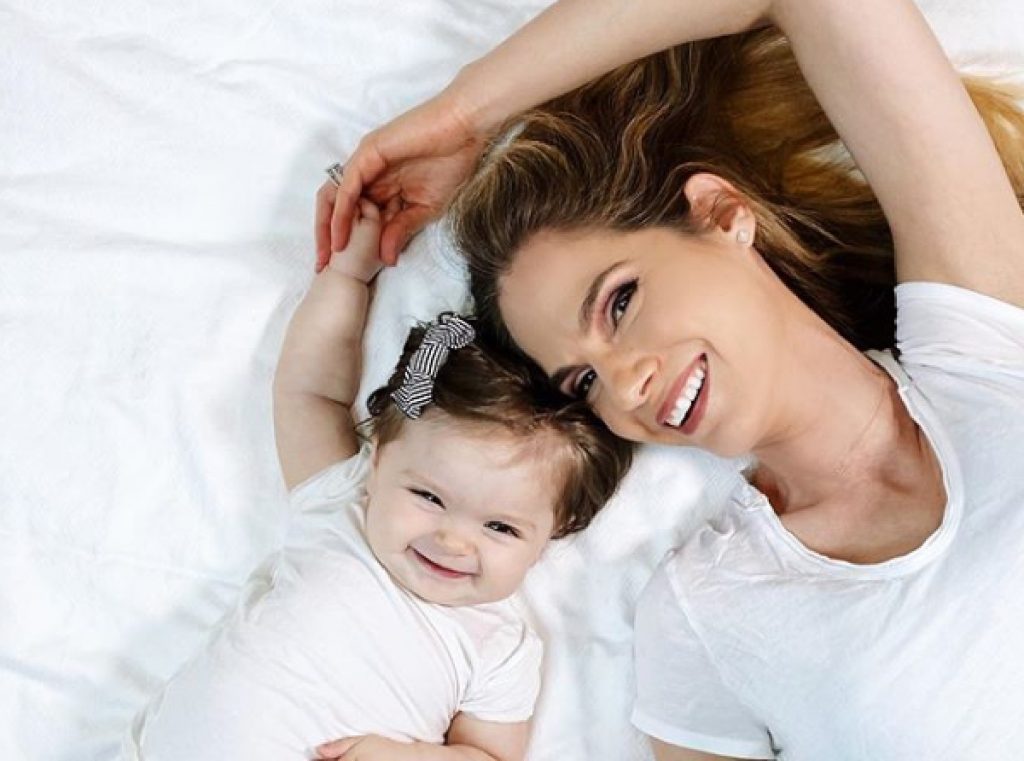 The Bold and the Beautiful spoilers document that Kelly Kruger (last seen as Eve on B&B in 2017) is offering her Instagram followers a quick set of instructions for smiling in photos. With her daughter, Everleigh Jolie Brooks, seen behind her in the posted video, Kruger attempts to implement the suggested three-step plan.

A voice on a do-it-yourself recording is heard rapidly saying, “A quick tip for smiling in pictures. Bring your tongue to the roof of your mouth, separate your lips, suck in your cheeks, and this creates a very chiseled smile for pictures.”

Kruger’s self-deprecating attempt at the perfect smile and the fact that she posted the video on her account, which has ninety-thousand followers, obviously intends to create smiles on the other side of the digital screen.

Kruger’s uploaded video was also accompanied by comments. In them she said, “I’ve finally perfected my smile for pictures! All these years of doing it wrong…”, followed by a laughing and crying sideways emoji face.

Many recall a time when home video was shot on devices that were far larger than smartphones and was shown during in-house sessions with family and friends.

I’ve finally perfected my smile for pictures! All these years of doing it wrong… 🤣 #TuesdayTips #tiktok #imlosingit

Today’s technology platforms and the connectivity that the internet enables, allows Kruger and other actors to entertain their fans directly. The smile steps were attempted and sent within minutes after she decided to share the humorous outcome.

Kruger played regular character, Mackenzie Browning, on The Young and the Restless from 2002 through 2003. Kruger returned in a recurring role in 2018 and 2019, as part of the J.T. Hellstrom (Thad Luckinbill) revival arc.

Eve is a sporadic, recurring character that Kruger has played on B&B in the past. She’s coordinated Forrester Creations publicity during fashion weeks that took place at overseas locations. The current airing of classic episodes, which included a theme week that was centered on the soap’s beautiful location shoots, allowed viewers to see Kruger’s character again.

Bold And The Beautiful Spoilers – Off-Screen Life With Darin Brooks

Devoted soap fans know that Kruger and Darin Brooks (Wyatt Spencer) married in 2016 and welcomed their first child, Everleigh, last year. Both actors share many warm photos and videos of their family on social media.

B&B fans appreciate remaining connected to the familiar daytime faces they’ve come to care about during this period when no new episodes are being shown.