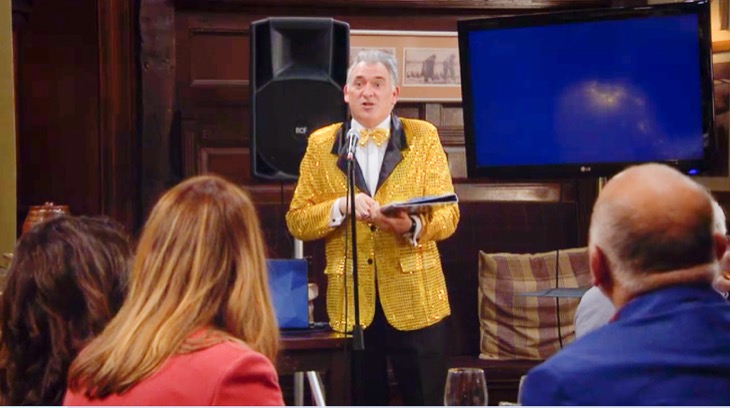 ITV Emmerdale spoilers and updates for the week of June 1 reveal a lot is going to happen in the soap. For one, expect Andrea Tate (Anna Nightingale) to get her revenge. Jamie Tate (Alexander Lincoln) panics while one character experiences the ultimate romantic devastation. Plus, one woman will make a daring demand, another wants an apology, and then there are all the tears!

To everyone’s surprise, the quiz screen has suddenly filled with all of Jamie and Belle’s scandalous text messages. Andrea fakes shock and acts disgusted, running out of the pub. It is hinted that Jamie won’t suspect Andrea of anything; he will blame Belle for exposing their affair.

As fans recall, Andrea roped Leyla into helping her get revenge on the young woman sleeping with Jamie. It seems to have worked, but it could backfire later on when Jamie realizes that Andrea was behind the whole thing.

On Wednesday, June 3, Jamie will go into a panic when he can’t find Andrea or their daughter, Millie Tate (Willow Bell). Where did they disappear to and can he find them? But wait, there is something more concerning that happens later in the week.

During this episode, also expect Wendy Posner (Susan Cookson) to discuss Bob Hope’s (Tony Audenshaw) feelings for her. However, Bob thinks that Wendy has a thing for Rishi Sharma (Bhasker Patel). So, he claims that he has zero feelings for Wendy, which absolutely devastates her.

Jamie is completely freaked out over Andrea and Millie’s disappearance. However, he worries even more when it is revealed that she doesn’t have her purse, cash, cards, or even her car. What will he do next and how will the truth come out?

Which storyline are you looking forward to the most next week? Will Jamie and Belle realize that Andrea is the one who set them up? Will the mother and daughter be found? How will Jamie react to being played? We will have to keep watching the British soap opera to see how this story ends.