The Bold And The Beautiful Spoilers: Hope Save Thomas Emotionally – ‘Steam’ Betrayal Leads To ‘Thope’ Romance 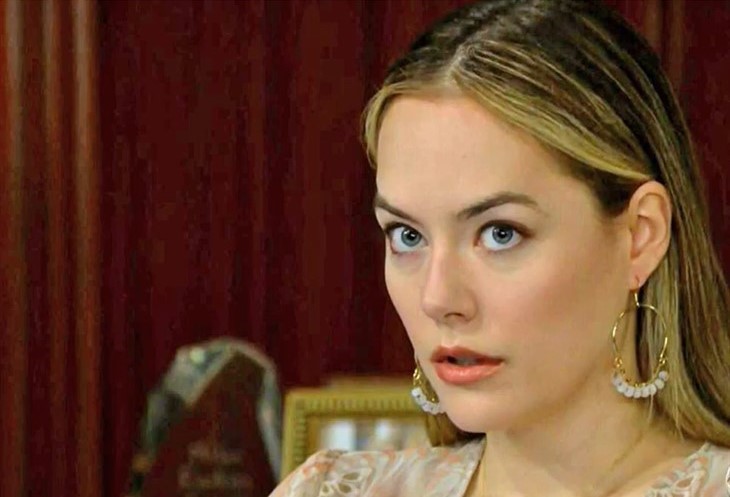 The Bold and the Beautiful spoilers tease that in Los Angeles Hope Spencer (Annika Noelle) was transfixed by the sight of Thomas Forrester (Matthew Atkinson) holding onto the mannequin. After hearing Atkinson’s character yelling as she was approaching his apartment, the realized scene opened the door to the next part of this arc.

Rather than Thomas being a menacing figure, he began his transformation into a sympathetic figure. Hope’s awareness and involvement in his immediate health needs and subsequent recovery stands to totally change the dynamic within this part of B&B.

The Bold And The Beautiful Spoilers – Meanwhile At The Cliff House

Liam Spencer (Scott Clifton) woke up after a night he wished were a dream. Believing that he actually witnessed Hope passionately kissing Thomas sparked him to bee-line to the home where Steffy Forrester (Jacqueline MacInnes Wood) and his first-born daughter were.

The choice Liam and Steffy made when romantically reconnecting, became arguably the biggest flash point between them since Wood’s character kissed Clifton’s in the backyard, while Hope watched in sorrowful horror and Thomas completed his successful manipulation game.

Thomas was telegraphing a climax within this part of the storyline when he told the Hope mannequin that he’d hit his head at Forrester Creations and then hit it again in the apartment more recently. Atkinson’s embattled character realized those instances were likely driving his hallucinations.

But the Hope mannequin, which again came to life in front of Thomas’ eyes, was trying to convince him that she was alive. That imagined confrontation then led to the real Hope entering the apartment and standing at the same approximate angle that Liam did, with the difference being that this scene was lit.

The clever insertion of the mannequin into the show winks at the audience. Awareness of the use of stand-in dolls on the set, due to safety protocols, has also enabled a science-fiction-like story to be told.

Thomas’ diagnosis follows the above, meaning that he, Hope, and the other connected characters will learn what’s actually wrong with him. That information won’t wipe the past but will shape everyone’s current views.

Liam, now being a guilty party, will be boxed in by his own internal conflict and the realized news about Thomas. Hope’s link to the mannequin scene also serves to create a new bond with Thomas. Because of what will eventually be exposed between Liam and Steffy, there’s also the potential of something beyond co-parenting developing between Hope and Thomas as well.