The Bold and the Beautiful Spoilers: Heather Tom Dishes On What Classic Episodes She Wants To See 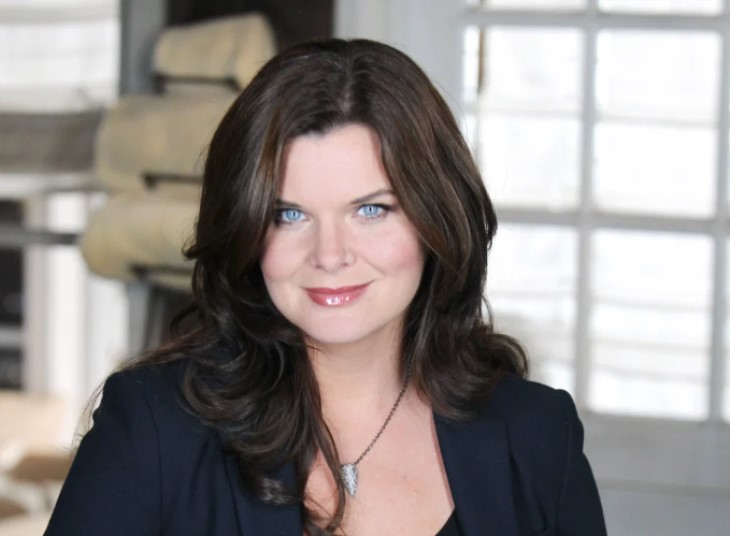 CBS The Bold and the Beautiful has been treating fans to classic episodes of the daytime soap during the quarantine. This has included themed weeks such as the classic weddings, fashion shows overseas, and a week that has been dedicated to Brooke Logan.

The Bold And The Beautiful Spoilers – Katie Logan’s Heart Transplant

One of the stars that would like to see their favorite episodes/ storylines show is Heather Tom. She recently told TV Insider, “I’d love to see Katie’s heart transplant storyline shown again.” As viewers know, Katie Logan is played by Heather Tom, and she was included in a storyline where Storm, played by William DeVry, sacrificed his life in order to save his dying sister, who needed the heart to survive. This storyline would go on to help B&B to win their first Daytime Emmy for Outstanding Series in 2009.

Heather Tom went on to talk about other things she would like to see, “I think it’s great for the fans to see the super classic stuff. I’d like to see those fashion shows they did in years past. They’d blow out The Price Is Right stage [next door] and do fashion shows there. They would be amazing! They were epic.” There have been many fashion shows that have taken place, including the fashion gala that was produced back in 1993. This one included Brooke’s men’s line of fashion and included other celebrities who were included in the show.

Heather Tom would go on to talk about Sally Spectra played by Darlene Conley, “I would love to see old stuff with Darlene. “Sally was always stealing designs. Darlene was so fantastic and so much fun to watch.”

The Bold and the Beautiful Recap & Spoilers Thursday May 28: Steffy Uses Thomas To Shut Lope Down, Amber At War With Beverlyhttps://t.co/GWB6J47Q7Z

Sally Spectra was known for her mischievous behavior as she would sneak into the fashion shows in order to get a peek of the designs. In many cases, she would try to steal the ideas and pass them off as her own. We’ll give you updates as other B&B news comes in. Stay tuned to the CBS soap, and don’t forget to check CTS often for the latest Bold and the Beautiful spoilers, updates, and news.