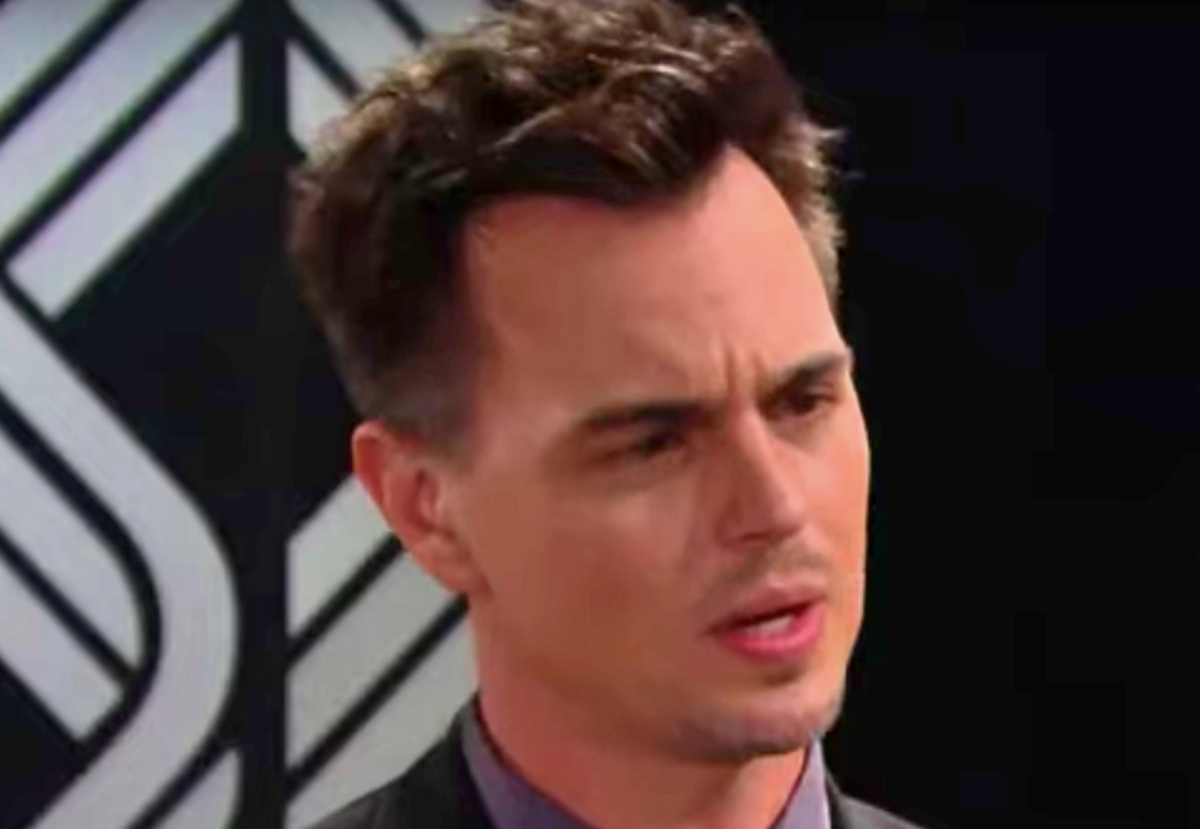 The Bold and the Beautiful spoilers for Friday, January 31, tease that Wyatt Spencer (Darin Brooks) will get some much-needed advice from an old friend. As B&B viewers know, Wyatt has been feeling really conflicted about the situation he’s in with Sally Spectra (Courtney Hope) and Flo Fulton (Katrina Bowden). He recently tried to break up with Sally to rekindle his relationship with Flo, but things haven’t gone so smoothly.

Sally has basically refused to break up, and she’s operating under the assumption that they are still engaged. Wyatt doesn’t want to hurt Sally in any way, shape, or form, but he’s realized that Sally just isn’t the one for him – Flo is. So now Wyatt’s not quite sure what to do about the whole situation, and it looks like he’ll hope that Katie Logan (Heather Tom) will have some words of wisdom about what he should do.

The Bold and the Beautiful spoilers indicate that Katie will counsel Wyatt, and it looks like she’ll conclude that he has to follow his heart, even if it hurts Sally. She’ll probably be confident that Wyatt was kind when he had the dreaded “breakup” conversation with Sally. After all, she knows Wyatt pretty well and even dated him at one point. Katie will let Wyatt know that Sally might be hurt, but that she’ll bounce back because she’s a survivor.

Or course, what neither Katie nor Wyatt will know is that Sally’s got a lot more on her mind than just her breakup with Wyatt. Sure, that’s causing her stress, but she’s got something a lot more serious to deal with. As B&B viewers know, Sally has been dealing with some medical symptoms, and she’s terribly worried that it could be something serious.

Ongoing B&B spoilers indicate that Sally will be diagnosed with a serious medical ailment, and that Katie will actually be her confidante and a source of support through it all. So while Wyatt is thinking that Sally is just stressed out big time, she’ll actually be dealing with a serious, and possibly even life-threatening, illness.

Meanwhile, Quinn Forrester (Rena Sofer) and Brooke Forrester (Katherine Kelly Lang) will continue their altercation at the Forrester mansion. As B&B viewers know, they’ve recently gone to war, with Brooke insisting that Eric Forrester (John McCook) kick Quinn out of his mansion and out of his life for good.

According to B&B spoilers, Quinn will continue to fume as Brooke keeps on yelling at her. Brooke has even sunk to the level of name-calling, referring to Quinn at one point as “trash.” Quinn has mostly kept her cool, telling Brooke that she needed to stop trying to dictate what happens in other people’s homes and that she would strike back if Brooke didn’t pipe down.

B&B Spoilers: Quinn Forrester Gets An Idea On How To Neutralize Brooke Forrester

On the next episode of B&B, both Brooke and Quinn will end up laying claim to the Forrester family, so it really looks like things will get ugly and quickly escalate. But as B&B viewers know, Quinn appears to have an idea about how she might neutralize Brooke. She has continued to eyeball the liquor bottles in the Forrester living room, and one wonders whether she’s contemplating spiking Brooke’s drink with booze.

After all, Brooke has been carrying around an orange juice bottle with her, and she’s taken several drinks from it. B&B spoilers say that Quinn will soon go to the dark side in her war against Brooke, so does that mean that she’ll sabotage Brooke by putting vodka in that orange juice? It sure looks like that’s where this is going!

We’ll see where this all heads, but Brooke could be in real trouble soon. Do you think that we’ll soon see Brooke battling an alcohol problem again?

Days of Our Lives Spoilers: Eric Moves Back In With Nicole – All Is Forgiven?