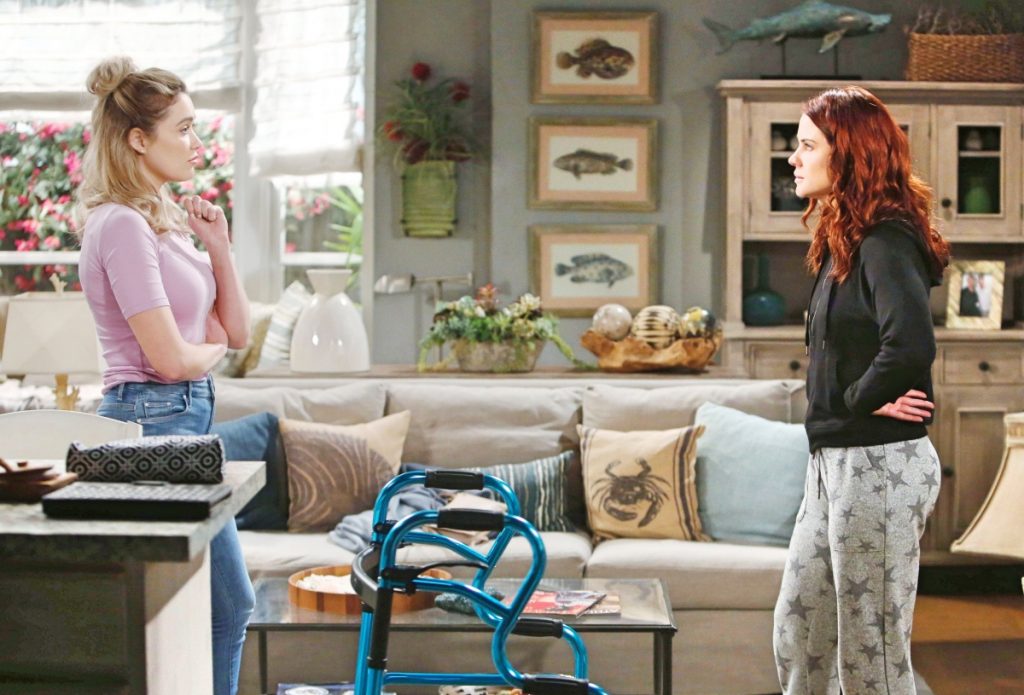 The Bold and the Beautiful spoilers tease that Flo Fulton’s (Katrina Bowden) quick-thinking and need to defend the man she loved proved devastating to Sally Spectra (Courtney Hope).

It seemed as though Penny didn’t intentionally leave Flo in her office so she could learn about Sally’s health status. Instead, the doctor was digitally summoned and had to leave for a few minutes. Flo made maximum use of her alone time and then wasn’t caught when Penny returned.

Ruiz’ role in the storyline appears short, as her character appears to be fully tied to Sally’s fate. If Sally is fully exposed by Flo, or others, than the doctor’s license to practice medicine will be in jeopardy. Plus, Penny’s hoped-for access to a career in fashion design at Forrester Creations won’t exist.

Bold And The Beautiful Spoilers – Sally Spectra Thought She Was Smart

Sally’s arrogance is proving to be her downfall. She terribly underestimated Flo, learning in real time that it was easy to expose the ruse.

Wyatt’s discussion with his mother, Quinn Forrester (Rena Sofer), and Katie Logan (Heather Tom), in this episode’s alternating set of scenes, included dialogue about Sally’s fears. She doesn’t like clowns, or snakes, as Wyatt reinforced.

So, Flo apparently bought a rubber snake along the way to Wyatt’s beach house. She then used it to provoke Sally into dropping her veil, or in this instance, running away from her walker.

Bold And The Beautiful Spoilers – Wyatt Spencer Should Have Been Included

While Flo’s plan to expose Sally was wise, she should have waited to do so when Wyatt present. Flo’s decision to confront Sally alone is dangerous, as Hope’s character now has nothing to lose.

What comes next will surely be dramatic, as fans know Sally is cornered. She can fight back, somehow adapt her plot, or run away. Viewers will soon know what she decides on B&B.

Meanwhile, Wyatt remains the focus of Sally’s obsession. He’s not actually loved in a health way by the revealed faker, which keeps him in danger.

The Young and the Restless Spoilers: Working for Others Is Not for Theo – Decides to Start His Own Business Empire?