The Bold and the Beautiful Spoilers: Flo And Wyatt Share Tender Moments Before Making The Ultimate Sacrifice 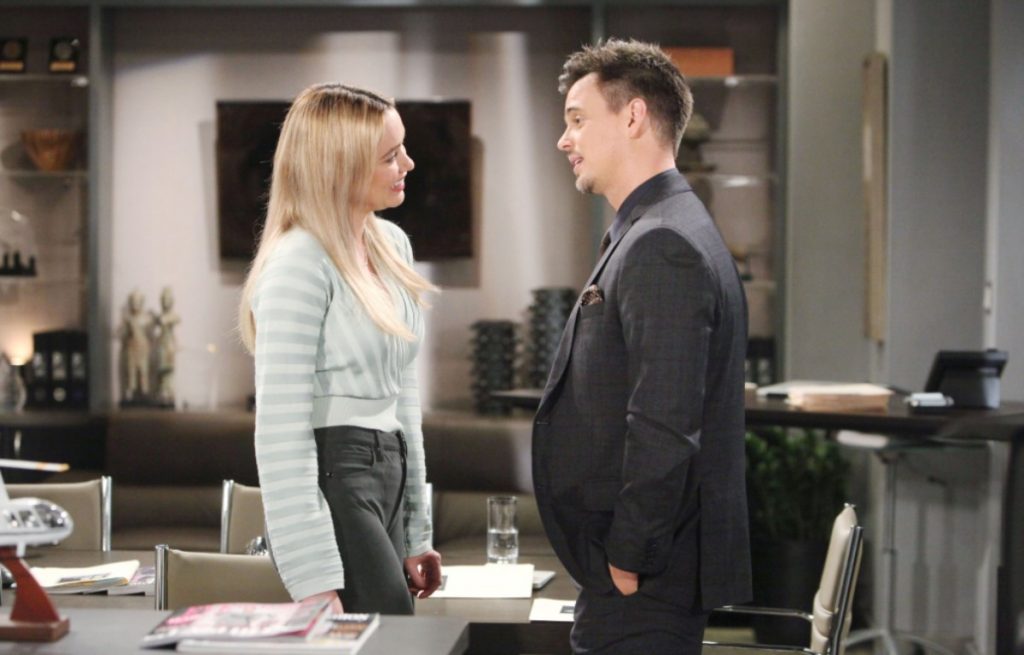 Flo and Wyatt have a plan to make Sally Spectra’s (Courtney Hope) last days happy, and Wyatt is a big part of that plan. It was Flo’s unselfish idea to let Wyatt go so he could reunite with Sally one last time since they have all the time in the world, while she has only weeks, or possibly even days!

This also gives Wyatt a chance to make amends with Sally for dumping her to go back to Flo – twice! He is taking a risk that she won’t take him back this time, but since she’s dying he’s pretty sure that she will. The next time he leaves Sally for Flo, will be after he leaves Sally’s funeral! Wyatt and Flo are making the ultimate sacrifice of breaking up temporarily until after Sally has passed.

Wyatt is planning to make ALL of Sally’s “Wyatt dreams” come true by reinstating their engagement, taking her everywhere he had promised and had not, doing everything he had promised and backed out of, and in general, treat her like a queen – HIS queen!

He has some big, extravagant plans and he intends to give Sally as much happiness as she can handle – he knows what she wants of him and with him and regrets how much he’s hurt her and disappointed her, and how many times he’s hurt her and disappointed her – he intends to make up for every bit of it and for all their lost time together if he possibly can. As far as reinstating the engagement – he’s even going through with marrying her this time as fast as he can get her dream wedding set up! After all, he knows she doesn’t have much time left and that time is of the essence!

Wyatt and Flo want this plan to seem like the real thing to Sally, so they cannot risk her seeing them together in public. They will spend their last special moments for a while in a private place where Sally would not be able to see them together – possibly even out of town for a short, romantic trip.

Maybe they’ll go to a place that they discussed having their own honeymoon if it’s not too far away – and they will have their own honeymoon preview before they break up publicly to make everything real for Sally when Wyatt reunites with her! It might be bittersweet in a way, but not as bittersweet as when Wyatt must say goodbye to Sally – for good, as she says goodbye to him and her life!