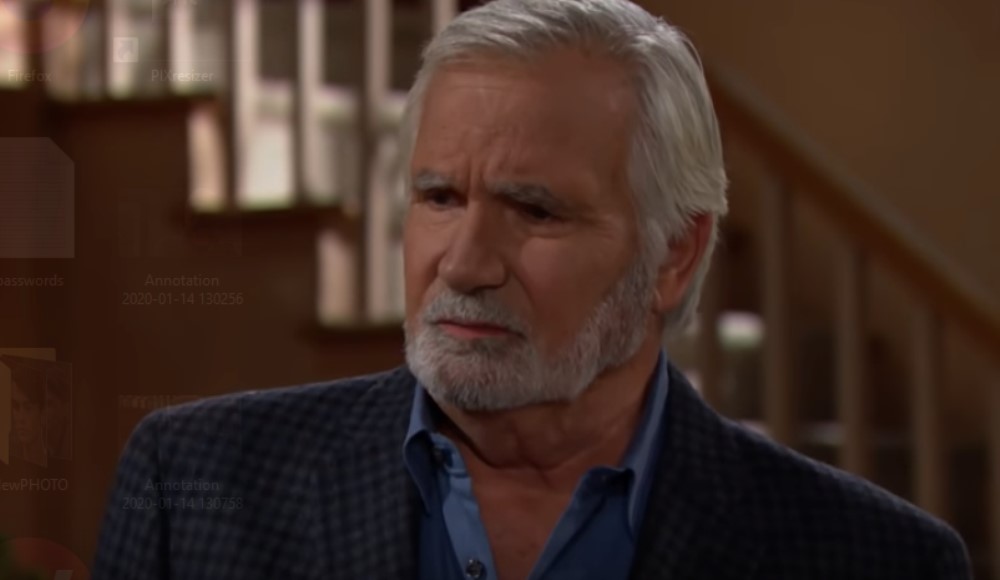 The Bold and the Beautiful spoilers reveal Eric Forrester (John McCook) understands Brooke Logan Forrester’s (Katherine Kelly Lang) motivations. However, can’t he see that she is unraveling and is spiraling out of control? How far will she go?

She frantically pleaded with Eric to get rid of Shauna in order to protect her marriage.

Speaking to Soap Opera Digest, actor John McCook says Eric understands Brooke’s motivation. However, even he was taken aback by Brooke’s outburst. One of the requests Brooke made to Eric was to make Shauna leave the estate.

She explained that Shauna wasn’t just a “good friend” to Ridge. The Vegas vixen was flirting with Brooke’s husband and the two have been kissing and making out.

Eric was not aware of how close Ridge and Shauna had become. Even though the woman is a dear friend of Quinn’s, he decides her behavior is inappropriate and orders her to leave the property.

The Bold and the Beautiful Spoilers: Eric Tries To Diffuse The Situation Between Quinn And Brooke #bb #boldandbeautifulhttps://t.co/PcZBLezeTn 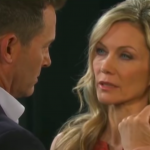 The Bold and the Beautiful spoilers reveal Brooke wasn’t done doing damage control. She then gave Eric an outrageous demand that he divorce his wife, Quinn Forrester (Rena Sofer). Brooke was so upset while ranting and raving that she was shaking.

Eric offered to get her some water to calm her down, but Brooke wasn’t interested. She came for one reason that was to do whatever it took to get rid of the competition.

The Bold and the Beautiful Spoilers: Spouse Spiraling

It seems that Brooke is teetering on the edge of madness. She is beginning to lose control and each discovery she makes sends her further over the edge. Her outrageous outbursts, physically attacking other women and divorce demands were really over the top. It seems ironic that all this time she accused Thomas Forrester (Matthew Atkinson) of being unstable. But here she is now acting like deranged lunatic, barking orders and manipulating situations to get her way.

Shouldn’t Eric be concerned about Brooke’s mental state? Is she starting to completely unravel? How far will she go and by the time someone gets her help, will it be too late? Could she end up committing the ultimate act of revenge in order to save her marriage?