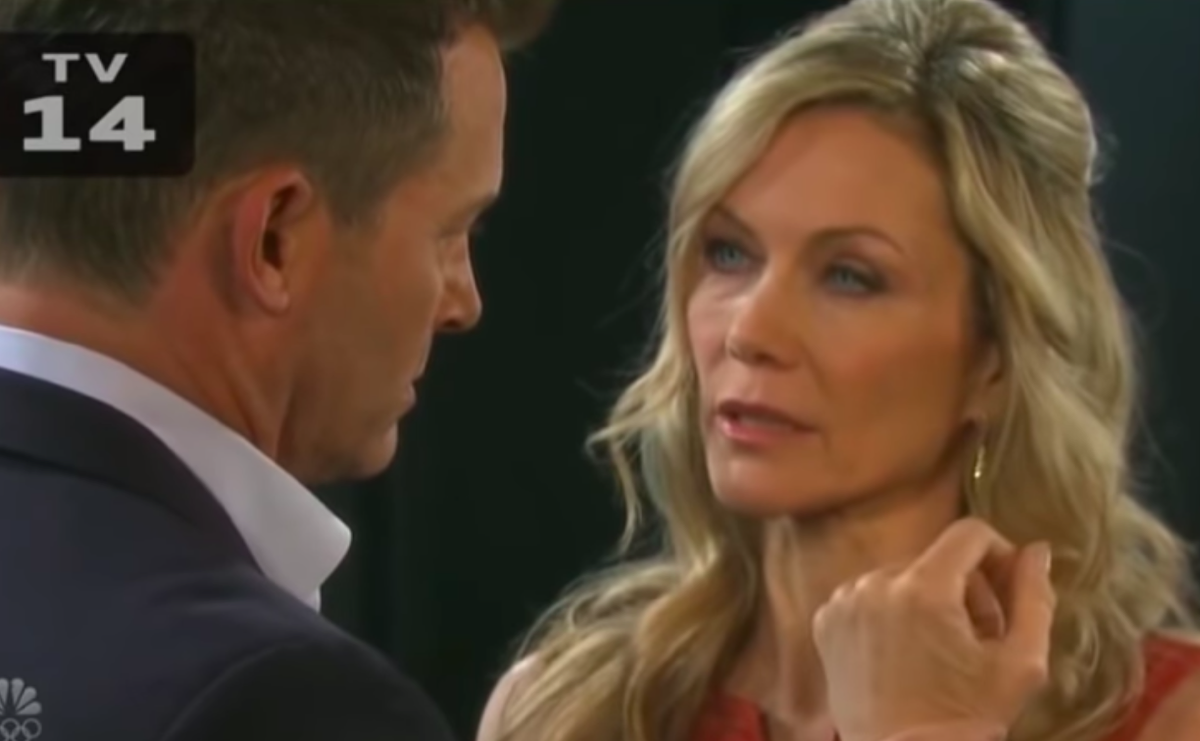 Also please bear in mind that in the United States, your program may be interrupted by the President Donald J. Trump senate impeachment trial. It is likely that Days of Our Lives will be shown online at nbc.com after 8:00 pm, as during the congressional hearings, or on Cozi-TV if you have the channel. It is also available on the NBC app.

DOOL Spoilers: A Guilty Will Horton Confides In JJ Deveraux

A guilt-ridden Will Horton, (Chandler Massey) blaming himself for the car accident that caused Adrienne Kiriakis’(Judi Evans) death, confides everything to JJ Deveraux (Casey Moss) who is in the hospital at work in his EMT uniform. He tells him that he was texting his mother, Sami Brady DiMera (Alison Sweeney) a Happy Mother’s Day message because he hadn’t gotten around to doing so earlier, and in spite of only looking away from the road for split seconds in doing so, he blames himself, thinking if he hadn’t been, perhaps he could have avoided the accident, which was head-on for Adrienne and Sarah Horton (Linsey Godfrey), who was also in labor, which the jolt of the wreck could have caused to escalate, at the very least; Xander Kiriakis, (Paul Telfer) who was on the way to meet Sarah at the hospital, had delivered the baby!

Brady Black (Eric Martsolf) and Kristen DiMera (Stacy Haiduk) are devastated, and Kristen’s whole world is shattered when Nurse Haley Chen (Thia Megia) comes into Kristen’s hospital room after their new baby girl was taken from them for all the standard things that take place when a baby is newly born.

She goes to get their obstetrician, who would have delivered devastating news; in spite of that the baby girl was breathing, not blue, and crying lustily when the umbilical cord was unwrapped from around her neck, the baby died. Kristen literally loses her mind with grief as she bolts out of the room, followed by Brady and she chases Haley down the hall trying to find out what happened to the baby, because she knows doctors don’t come to talk to patients unless it’s bad news, and Haley finally tells her the baby died; she shoves Haley down a flight of stairs, not realizing what she’s doing!

Days of Our Lives Spoilers: Kristen’s Heartbreak Over Her Baby’s Death – Will She Now Find Out The Truth? https://t.co/BCSGE5tBcl pic.twitter.com/pvoZzJA7Ot

Elsewhere in the hospital, Justin Kiriakis (Wally Kurth) tells Sonny Kiriakis (Freddie Smith) heartbreaking news; that his mother, Adrienne, didn’t make it. Kayla, at that time still Dr. Kayla Johnson (Mary Beth Evans) had told Justin that there had not been much that doctors could do, with Adrienne likely being brain dead from going headfirst into the car’s windshield. The two cry over her as she lays dead on an examining table.

Victor Kiriakis, (John Aniston) who Xander likely called when he found Maggie Kiriakis (Suzanne Rogers) passed out in her car with a bottle of booze on the way to the hospital, makes a fateful decision with Xander when they decide to cover up Maggie’s probable involvement in the wreck and frame Will. Victor had already told Xander to switch Sarah’s baby with Kristen’s when Sarah’s baby had died.

So that is actually two fateful decisions that they have made. Will already blames himself anyway and so that should be an easy frame, they won’t likely even have to alter any records or plant any evidence!

Days of Our Lives Spoilers: Kristen’s Heartbreak Over Her Baby’s Death – Will She Now Find Out The Truth?