The Bold And The Beautiful Promo: Ridge Rages At Bill And Steffy’s Spinal Injuries 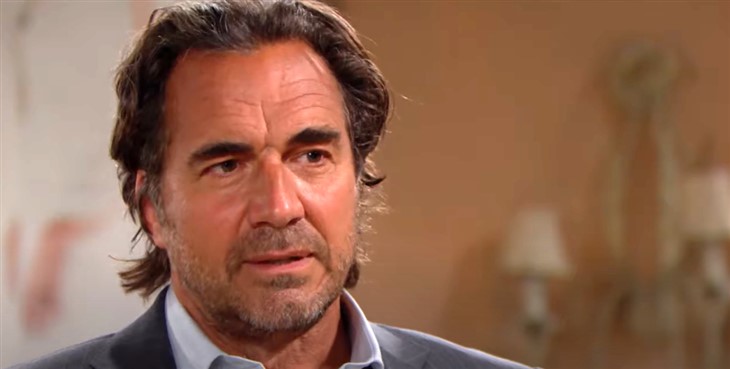 CBS The Bold and the Beautiful spoilers reveal that a new promo has been released. It shows that Ridge Forrester (Thorsten Kaye) learns that Bill Spencer (Don Diamont) was responsible for Steffy Forrester’s (Jacqueline MacInnes Wood) spinal injuries. Ridge rages and tells Bill that he destroys families. Meanwhile, Steffy finally wakes up.

The Bold And The Beautiful Spoilers – Bill Spencer’s Guilt

B&B spoilers reveal that in the promo clip, Bill is consumed with guilt over Steffy’s medical condition. Still unconscious, Detective Alex Sanchez (Jeremy Ray Valdez) comes to the hospital to get Bill’s statement. However, Bill hasn’t had a chance to tell Ridge that he was involved in the crash that hospitalized Steffy. Ridge learns that after talking to the detective.

The Bold And The Beautiful News: Katrina Bowden Is The Next Martha Stewart!

Ridge is horrified that Bill has managed to hurt his family once again. Now, fans know that it was just a terrible accident. However, Ridge doesn’t see it that way. He demands that Bill leave the hospital and won’t allow him to apologize to Steffy. He also calls Bill a man who destroyed families.

The Bold and the Beautiful promo shows Ridge tries to stay by his daughter’s side as he remains unconscious. He keeps hoping that she will wake up and eventually, she does. When Steffy opens her eyes, Ridge is right at her bedside and she asks him what happened. That is when he’s going to have to let her know that she’s been in a motorcycle accident. Judging by the look on her face, Steffy is in agonizing pain.

Dr. John “Finn” Finnegan (Tanner Novlan) tells Steffy that she has a sprained spine and some fractured ribs. She is clearly in agony, but it is teased she refuses pain medication. Finn tells her not to play hero and the medication is there to help during her recovery. She doesn’t want to discuss it and tries to pretend to her family that she’s not in pain. However, she eventually confesses to Finn just how badly she’s hurting and she might need those pain pills, after all.

What do you think is going to happen with Steffy, Ridge, and Bill during the next few weeks? What will the crash investigation reveal and will there be penalties for the person who is at fault? We will have to keep watching the CBS soap opera to see how this storyline develops.

Bold And The Beautiful News Updates: John McCook Sounds Off On Those B&B Flashback Episodes