The Bold and the Beautiful Comings and Goings: Winter Guest Roles Announced 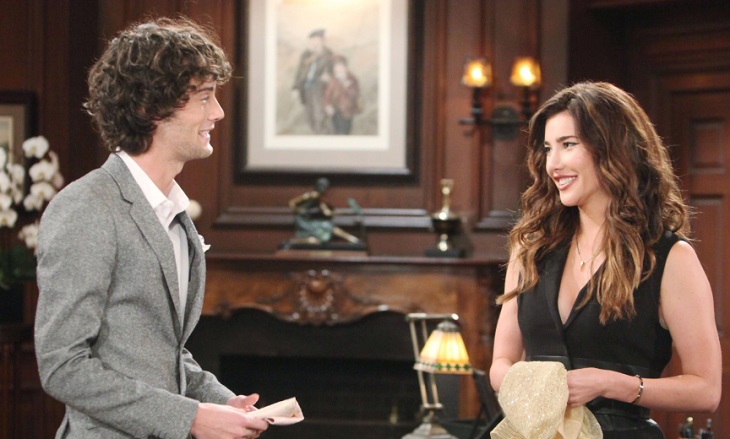 “The Bold and the Beautiful” has enlisted new performers to fill in a few winter guest roles and asked some alums to reprise their roles, albeit briefly. These include an intern at Forrester Creations, a confidante, and a character who’s got his eyes on someone.

Camelia Somers will reprise her role as Charlotte (Camelia Somers) on “The Bold and the Beautiful” and appear on February 5. The actress was last seen on the soap back in 2017 as an intern at Forrester Creations. She also has a history with no other than Thomas Forrester (Matthew Atkinson). Somers is the real-life granddaughter of Suzanne Somers. She’s joined the cast of “The Bold and the Beautiful” back in 2015 and she’s appeared numerous times on the soap since then.

The last time she was on the sudser, Thomas flirted with her. They eventually got together but they kept their relationship a secret. Charlotte started to secretly come over at the Forrester mansion, where she and Adam spent steamy nights together. Their relationship didn’t stay as a secret that long since Ridge Forrester (Thorsten Kaye) discovered what they were hiding.

The Bold and the Beautiful Spoilers: Liam Meddles in Zoe’s Relationship – Says Thomas Using To Get Hope https://t.co/UGJMfaz5V5 pic.twitter.com/ULFjSy7Poo

Joe LoCicero will also reprise his role as Thomas Forrester’s friend and confidante, Vincent “Vinny” Walker, on February 5. The actor was last seen on the small screen back in December 2019.

“The Bold and the Beautiful” spoilers hint that Thomas will come clean to Vinny. The latter thought that his friend has finally moved on now that he’s seeing Zoe Buckingham (Kiara Barnes) in the picture. But he thought wrong. He’ll be shocked when Thomas spills the beans regarding his plans for Hope Logan (Annika Noelle).

Oli Green lands a role on the sudser as Collin, a newcomer to the Forrester Creations. He made his debut on January 3 and viewers saw the character take interest in Steffy Forrester Forrester (Jacqueline MacInnes Wood).

Collin and Steffy had a brief conversation in the Forrester CEO office where he showed her some fabric samples. Steffy noted that she had to run the samples to her designer, to which Collin replied that he found it interesting that Sally’s now connected to Forresters Creation. He made a smooth attempt to ask her out on a date but said he’d love to hear the whole story sometime. However, Steffy was flattered but wasn’t in the mood to go out and turned down Collin’s offer.

Days of Our Lives Spoilers: Chad And Abby In Danger – ‘Patchano’ Targets Couple Next?