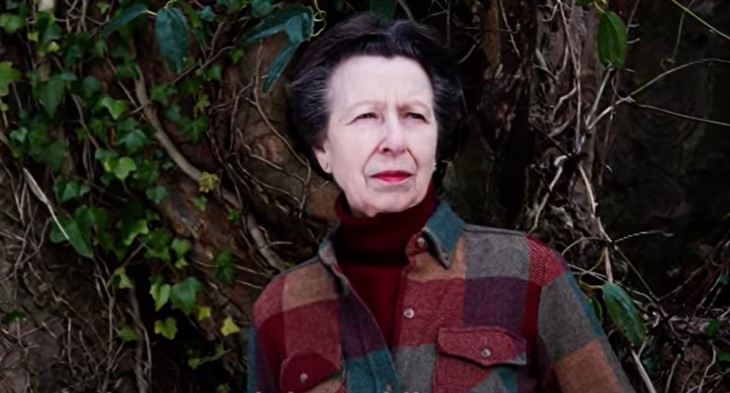 Was Princess Anne the original It Princess? Many think she was, and that before Kate Middleton and Meghan Markle joined the Firm, she was the one to watch, the dazzling, unpredictable princess.

It’s true that the younger women are watched and scrutinized, the clothes they wear selling out in minutes and their hairstyles commented on by royal watchers around the world.

But there was a time when Anne was the one in the public spotlight and headlines. She was considered a fashionista long before Meghan Markle and Kate Middleton.

Why Does Princess Anne Think That Kate And Meghan Have It, Harder, In The Spotlight Than She Did?

Anne is the Queen’s only daughter and she just turned 70. She knows her way around the headlines and she admits that Meghan and Kate are under much more scrutiny than she was in part due to social media.

She recently said on the ITV documentary Anne: Princess Royal at 70, “The pressure that is applied to the younger members of the family, it’s always worse. That’s what the media is interested in. That’s hard sometimes to deal with. But there were no social media in my day, and it’s probably made it more difficult.”

Make no mistake about it, Princess Anne loved fashion in her day and for her daring choices, she was granted a Vogue front cover for her 21st birthday. That was back in 1971 when the fashion trends leaned toward bright colors, bold patterns, and striking hats.

Speaking on the documentary, fashion writer Sarah Mower said, “To be on the cover of Vogue, I mean, the Vogue cover is for extraordinary. She was very fashionable as a young woman, and she was her own person within those parameters.”

She went on to say that Anne’s style definitely wasn’t her mother’s style.

Anne Has Been Called The Hardest Working Royal For Decades

Although has seven decades under her belt, Anne remains one of the busiest members of the royal family, completing hundreds of royal events every year. She is a great multitasker and often makes several appearances a day.

About slowing her pace now that she is more mature, she herself told the documentary, “Slow down, I thought I had slowed down? The thing that nags away at you is that after all this time you should have learned something. There is an element of responsibility to make sure you knit that together and pass that on.”

Be sure to catch up on everything happening with the royals right now. Come back here often for royal family spoilers, news, and updates