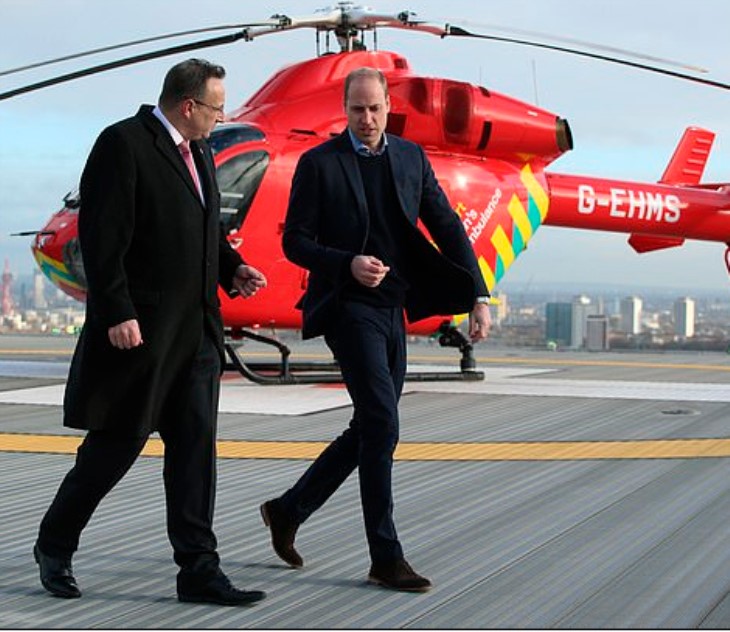 In a high-profile move that will perhaps have Prince Harry remembering all that he lost with his rash Megxit move, Prince William has now made a major edict, giving air ambulances permission to refuel at Kensington Palace during the COVID-19 pandemic.

Prince Harry and Meghan Markle Have Their Eye On A $13 Million LA Mansion?

Prior to the voluntary forfeiture of his home, family, and country for a glittery life in L.A., Harry cherished his military role especially and has since bemoaned to friends about missing that life. This seeming regret comes in spite of the fact that he has written a biography boastfully titled, Finding Freedom, due in August.

In contrast, William is a former search and rescue helicopter pilot. He was a medic for two years with East Anglian Air Ambulance prior to stepping down in 2017 in order to accept more royal roles on behalf of his grandmother, 94-year old Queen Elizabeth.

Royal duty was something Harry was so loathing to do that he made the unprecedented move of abandoning The Firm in a very public way.

The 37-year old Duke of Cambridge is a patron of the London Air Ambulance Charity and has offered the group the landing site normally reserved for Royal Family helicopters.

According to the Evening Standard, this decision could potentially save lives, allowing a quicker refueling route than normal.

As Flight Lieutenant Wales, William served with the RAF in Angelsey, North Wales for three years. During that time he participated in over 150 search and rescue operations.

Speaking to The Sun, a source said, “William has been seriously considering returning as an air ambulance pilot to help in the current pandemic. He knows the whole country is doing its bit and he wants to help. But it’s complicated as he was originally grounded from the job so that he could become a senior working royal.”

Dud or Best Seller? Harry and Meghan's Tell All Book All Propaganda or a Shocking Expose on Royal Life? https://t.co/Lf7L3cMYjF

“That role is even more important now given that Charles has been ill, Harry has walked away with Meghan and Andrew has been effectively barred from public life. But William is very keen to do anything he can to help.”

And that is the most refreshing thing we’ve heard in the aftermath of Megxit, in an era when Harry waltzes away from family and country, and when William’s former partner in duty is now all about Me-Me-Meghan.