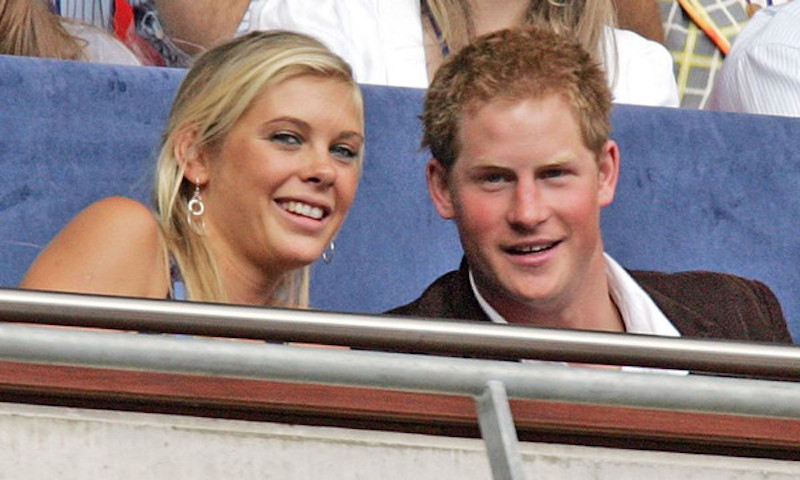 Prince Harry reportedly had an emotional last meeting with his ex-girlfriend Chelsy Davy only days before he was scheduled to move to Canada with his wife, Meghan Markle. As a matter of fact, there are new reports that say the Duke of Sussex exchanged a few heartfelt words with his ex-girlfriend during a ‘leaving party’ with some of his closest friends before he and Meghan left for Vancouver. Here’s what you need to know.

The Duke and Duchess of Sussex returned to London earlier this month for their final rounds of royal engagements and public appearances before officially stepping down as full-time working members of the royal family. In fact, their last appearance as royals was at the Commonwealth Day ceremony in London alongside Queen Elizabeth, Prince Charles, Prince William and Kate Middleton. And while that event might have seemed very tense and awkward, reports say that Prince Harry also had a rather awkward encounter with his ex Chelsea Davy at a private party that week, too.

According to Britain’s The Sun, some of Prince Harry’s best mates gathered one last time to wish him good luck before beginning their new lives across the pond. That’s where he saw his former lover, London socialite Chelsy. While the two have remained good friends throughout the years, Chelsea decided to end contact with the prince after he married Meghan Markle in May of 2018.

British Royal News: Harry and Meghan Back In Canada

One source close to the situation says that at the meet up, Harry and Chelsea shared a moment. Meghan had already left London to be with the couple’s son Archie back in Canada. A friend said: “Harry knew it would be impossible to see all his pals individually, so a few of them decided to organize a gathering before he returned to Canada. Harry was beaming when he walked into the room and everyone was there waiting for him. He couldn’t believe his eyes when he saw Chelsy. He gave her the biggest hug.”

The source added, “He was thrilled she was there. She and Harry have a serious connection, but I doubt they would ever hook up on anything. Some joked that he didn’t want Meghan tracking him down on GPS. Spending time with people he cares about dearly reminded Harry of the good old days, when he didn’t have a care in the world.”

In the meantime, don’t forget to come back right here for all the latest news on the British royal family, including Prince Harry, Meghan Markle, Queen Elizabeth and more.