Plagiarism Controversy: Did Meghan Markle’s Speech Rip Off Others? 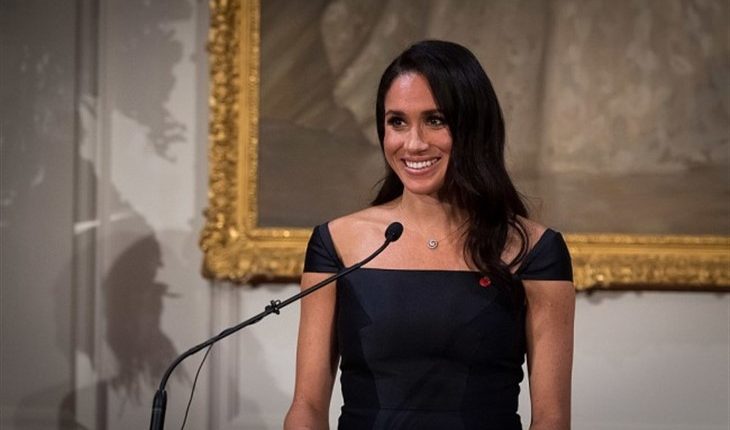 Apparently, Meghan Markle enjoys drawing inspiration from a myriad of sources. On the surface of it, there is nothing wrong with Meghan doing so, of course. However, a problem arises if Meghan weaves the precise words used by others in their writings or in their speeches without giving those individuals due credit. There’s a problem if Meghan passes those words off as her own. That’s called plagiarism and there are now many media outlets once again accusing Meghan Markle of engaging in it.

For example, Meghan’s most recent speech at the Girl Up Leadership Summit saw Meghan talking an awful lot as if she were Apple founder, Steve Jobs.

Here’s what Steve Jobs and Meghan Markle said so that everyone can compare and draw their own conclusions: During his commencement address at Stanford University in 2005, Steve Jobs said: “Don’t be trapped by dogma ‒ which is living with the results of other people’s thinking. Don’t let the noise of others’ opinions drown out your inner voice.”

Then there’s what Meghan said during her Girl Up speech: “And sometimes those voices can appear on the outside and somethings they can appear to be painfully loud, but you can use your own voice to down out that noise. Because that’s what it is: It is just noise. But your voices are those of truth and hope, and your voices can and should be much louder.”

Obviously the speeches of Meghan Markle and Steve Jobs are not a hundred percent identical. If her speech was plagiarized, one could say that perhaps Meghan’s was unintentional or accidental plagiarism. That’s because Meghan may have obviously taken inspiration from Steve Jobs, but then unintentionally paraphrased what he said and then neglected to mention the source of her inspiration. In other words, while what Meghan did might fit within the strict definition of some forms of plagiarism, it likely wasn’t malicious.

Still, many of those who criticize Meghan Markle might be quick to point out that Meghan is a university graduate and thus ought to have at least a basic knowledge of what plagiarism is and how unacceptable the practice is within (especially) academic circles. Additionally, if this was Meghan’s only infraction many might be inclined to brush it off and look the other way. However, Meghan’s speech at the Girl Up Leadership Summit is rather the latest in a series of public appearances where Meghan’s used other peoples’ words as if they were her own.

Yet another example of this was Meghan’s speech to her alma mater, the Immaculate Heart High School following the death of George Floyd. During that speech, at the very beginning, Meghan said: “I wasn’t sure what I could say to you. I wanted to say the right thing, and I was really nervous that I wouldn’t. But I realized, the only wrong thing to say is to say nothing.”

Of course, Meghan’s speech sounded almost exactly like that made by the character, Dr. Jackson Avery on the hit television series, Grey’s Anatomy. (Specifically, from Season 13, Episode 16.)

During his speech on the show, Dr. Avery said: “We’re petrified of saying too much or saying it wrong. When the truth is, the only wrong thing you can say is nothing at all.”

The bottom line here is that some believe Meghan is just being lazy. Surely Meghan Markle is a creative sort. While Meghan is an actress and has made a living repeating the words others have written, one might think she might do as she did with her blog, the “Tig” … and write her speeches herself. Additionally, in light of Meghan’s current high-status role as the wife of a British prince, one might say that no one should expect anything less.