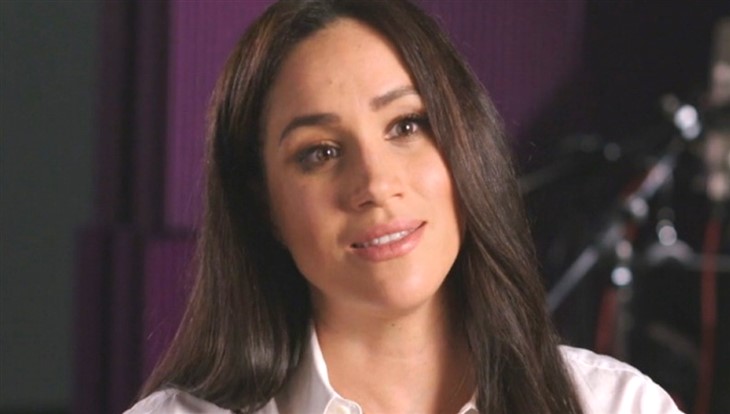 Every time one turns around it seems that Meghan Markle is complaining about how mistreated she’s been by the British Royal family. From suggesting in court documents that Queen Elizabeth and Buckingham Palace didn’t protect her when she was pregnant and vulnerable to myriad other grievances, Meghan’s been a bit less than generous in her innuendo. Now, in her latest most public speech yet, Meghan has apparently taken yet another swipe at her in-laws.

How and why Meghan is allowed to make political speeches while ostensibly remaining a high-profile member of the British Royal family with titles etc. is a question that really must be answered, and soon. As many may or may not know, the type of actions both Meghan and Prince Harry have taken of late are actually outside the norm for British Royals.

From Queen Elizabeth on down, the tradition has been to remain staunchly non-partisan. However, Meghan Markle’s speeches have been the exact opposite. In fact, some might be willing to argue that Meghan’s talks are really quite hyper-partisan in nature.

What’s set off Royal commentators now, however, are the comments she made at the Girl Up’s Leadership Summit. Meghan went off on leaders and executives and others in power. She channeled her inner Michelle or Barack Obama and ranted on about change. However, it was Meghan’s comment that “The status quo is easy to excuse and hard to break, but it will pull the tightest right before snapping,” that upset many. Apparently, Meghan believes that the status quo within the British monarchy is as much a part of the patriarchy, as racist, and as worthy of condemnation as everything else is these days.

With that said, there are many who would like to remind Meghan just how much she has gained because of that “status quo.” First, she didn’t have to marry Prince Harry. If Meghan really believed all of the things she says about systemic racism being endemic to European and Commonwealth societies (not to mention the U.S.A.) then why in the world did she choose to marry someone who is the very embodiment of white, male privilege?

The truth is though, that Meghan might have been a talented actress … but she certainly didn’t have a net worth of $30 Million before her marriage to Prince Harry. Meghan didn’t have a real estate portfolio that includes properties with houses built hundreds of years ago, and that also is worth multiple millions.

'We Can All Do Better,' Except Prince Harry Doesn't Count Himself In That Remark #princeharryhttps://t.co/uJ8Zs6iOso

Meghan wasn’t seen going around buying $500K worth of clothing in one year alone. Meghan wasn’t jet setting to Africa and flying in her Range Rover. She wasn’t flying on private jets to Nice, France in order to see Sir Elton John at his private home. (For those who don’t know, both Meghan and Harry could have taken a commercial flight from London to Nice on British Airways for the paltry sum of $96 each.)

Because of her marriage into the British Royal family, Meghan Markle has gained notoriety and fame that she otherwise would never have. Many would argue that Meghan has a lust for constant attention, a need to constantly be showered with expensive, material things, in order to feel that she has worth as a human being … and this is why she appeared to go all out for extravagance in a way that would have horrified Queen Elizabeth or Kate Middleton.

The bottom line here is that considering just how much Meghan has gained precisely because of her marriage to Prince Harry, many believe she should sit down and be silent instead of appearing to ungratefully and constantly, bite the hand that fed her.

TLC ’90 Day Fiance – The Other Way’ Spoilers: Will Sumit And Jenny Be Able To Marry?