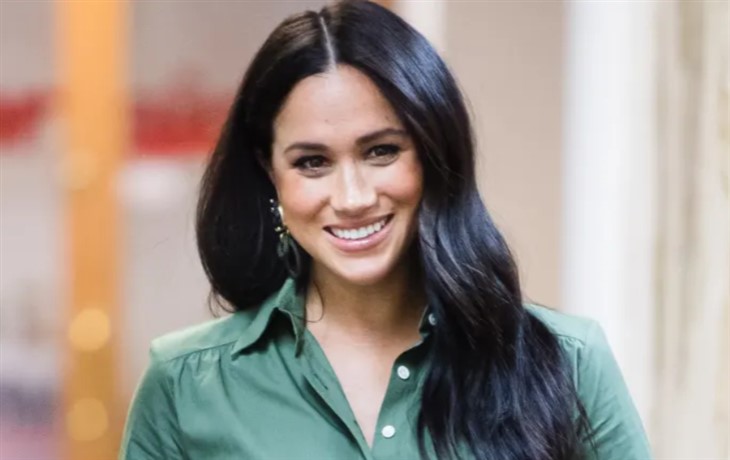 Today Meghan Markle had a huge platform to show off what direction she wants to take her brand, the one ostensibly designed to save the world from itself. How would the brand ambassador present herself on a huge stage, one shared with actual VIPS from all walks of life, legit achievers, motivators, and influencers?

The occasion was the Girl Up’s Woman in Leadership event and Meghan was given a shot to show she has the ability to connect with an audience, a chance to prove that her brand is more than smoke and mirrors, that there is substance behind her gauzy buzz words.

How did she do in her big chance to reveal she’s the real deal alongside some A-List movers and shakers?
Let’s let her words speak for her. Out of the gate, it appeared that Meghan Markle’s intent was to grind her ax rather to uplift young girls listening to her. She appeared to put the focus on herself rather than the impressable girls listening to her.

Straight up Meghan Markle appeared to lash out at the Royal Family, who are known for following protocol and tradition, as well as other world leaders, stating the status quo will break when pulled tightest.

The event was a girls’ development program but Meghan Markle took the op to dredge up dirty laundry, her relationship with the royal family that might best be described as contentious. When she said that the status quo will break when pulled tightest, how could we not see an allusion to The Firm who represents the status quo with their strict protocol and tradition?

Her words seemed steeped in the flavor of confrontation when she said, “Another thing about those lawmakers, leaders, and executives that I mentioned earlier. Many of them better or worse do not listen until they have to.” Well, that is sure to inspire the goodwill of those young leaders.

“Because the status quo is easy to excuse and hard to break but it will pull the tightest right before snapping.” Wow Meghan, tone it down a bit, your goal was to motivate, not scare or recruit for the next street protest.

Is Prince William Prohibited From Flying With His Son, Prince George? – https://t.co/aHapdrlHMP via @ourteentrends #PrinceWilliam #PrinceGeorge

“Women have always historically got a lot of ‘that is not how it is done or that is an idea but we are going to do this instead’ but when do we hear that as women? We hear that in the moments when we challenged the norms.”

The problem with Meghan’s speech is that it was not fit for the audience. This kind of divisive rhetoric is fine for a political convention, but definitely out of place for an audience of young girls looking for a reason to have hope for the future.

Days of Our Lives News Update: Why Kristian Alfonso Walked Out, Hope’s Exit Not Filmed