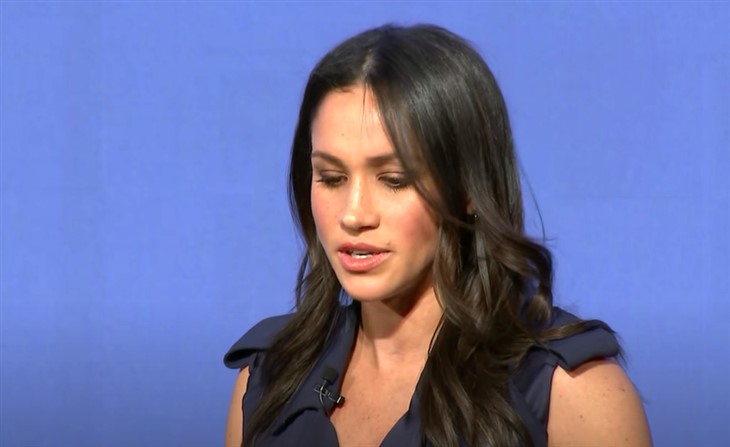 Some believe that Meghan Markle had dreams of grandeur. According to some, Meghan wanted to be an agent of change within the British monarchy. This doesn’t seem strange when one considers the fact that many believe the Duchess of Sussex has been an incredible attention hound. After all, imagine the spotlight on Meghan, all eyes on her, as the British monarchy updated itself to reflect Meghan’s personal beliefs. Why Meghan would be lauded in the press worldwide as perhaps the most influential woman on the planet!

However, Meghan’s hopes were quickly dashed when she discovered to her disappointment that senior members of The Firm weren’t about to roll over and play fetch for her. Becoming part of the British Royal family didn’t convey upon Meghan’s “phenomenal, cosmic power.” Unfortunately, Meghan wanted to be an all-powerful genie with unrivaled authority and freedom, but in essence, Queen Elizabeth sent her straight back into the lamp.

Some royal commentators are now suggesting that when Meghan discovered that she couldn’t do all the grandiose things she’d daydreamed about, she threw a fit and went home. That’s Meghan’s “Megxit” was all about.

Indeed, the narrator of a royal documentary entitled “Meghan and Harry: The New Revelations” that aired on channel 5 in the U.K., suggested that, “Meghan Markle found this all very difficult. What she thought she was getting was unrivaled power and she would be able to help and be this changemaker. This is what she wanted to be. But actually she found she was living in a gilded cage.”

Of course, everyone knows Meghan and Harry broke out of that gilded cage and flew straight back to the Cuckoo’s Nest. Based on many reports one has to wonder if more senior members of The Firm, such as Prince William and Kate Middleton or the Queen, actually minded much.

Poor Picked On Meghan And Harry

Of course, everyone’s heard about the new tell-all book that supposedly gives Prince Harry and Meghan’s side of things. It’s called “Finding Freedom” and it’s written by two authors who seem to be nothing more than sock puppets for the Duke and Duchess of Sussex. In any case, according to them, “increasingly Harry had grown frustrated that he and Meghan often took a back seat to other family members. The pair had to wait to announce projects if other more senior royals had announcements of their own.”

Regardless of the circumstances surrounding Prince Harry and Meghan Markle’s decisions to flee the U.K. many would agree that the pair made out like bandits. Not only have neither Prince Harry nor Meghan Markle had to work for more than a year, but Prince Charles has paid for the entirety of their exorbitant security costs.

Harry and Meghan dropped just about a third of Harry’s net worth on a $14.5 Million mansion in one of the richest neighborhoods in Santa Barbara, California. Prince Harry and Megha didn’t have to lift a finger to earn the cash to add their new digs to their real estate portfolio. And, some wonder why Prince Harry has been called “the most privileged man on Earth.” Considering everything above, Meghan can be added to that as at least one of the most privileged women on the planet.