General Hospital Spoilers Where Is Lucas in the Wiley Drama – Could He Help Michael In Family Court? 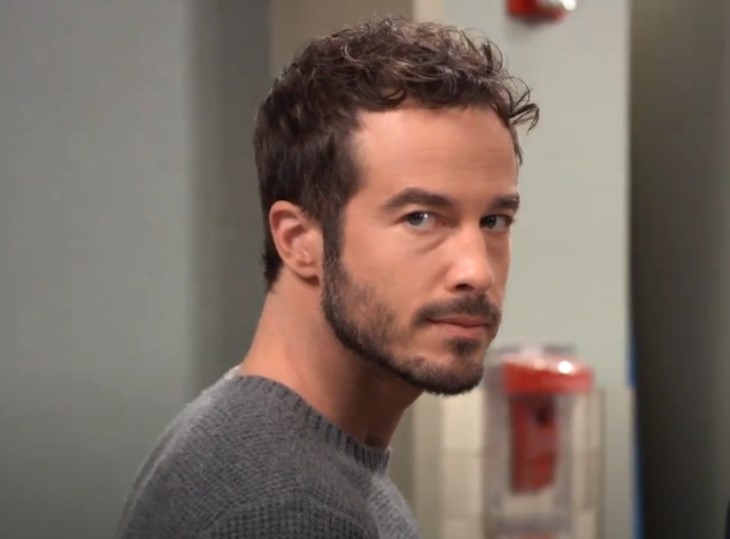 General Hospital (GH) spoilers suggest that Lucas Jones (Ryan Carnes) ought to be a part of Michael Corinthos’s child custody case against the devious Nelle Benson (Chloe Lanier). GH viewers know that Lucas was in Wiley Cooper-Jones’s (Erik and Theo Olson) life far longer than any other GH character. Now, many are asking why Dr. Jones is missing in action.

Some GH fans believe there are some threads that seem to be missing from the entire Wiley story. The first thing that seems strange to a lot of people is the fact that Lucas appeared to give up Wiley without a fight. While it’s true that Wiley is Michael’s son by birth, it’s also true that for more than a year, Lucas had raised Wiley as his own son.

Michael wasn’t anywhere to be found except as the nice “uncle” type looking in from time to time. Just because the truth finally came out as to whose son Wiley really happened to be, Lucas sure seemed to throw up his hands, break down in tears, and head off into the sunset just a bit too quickly.

Other GH fans point to a few other abnormalities. Where is the legal paperwork? How was Wiley immediately transferred from Lucas’s legal custody to Michael’s? These sorts of things don’t happen overnight! Then for Michael apparently to condescend to stoop so low as to give Lucas permission to see Wiley from time to time was simply a bit much for GH viewers.

For many GH fans, there is definitely something wrong with Michael’s (and everyone else’s) line of logic. GH fans know that not long ago Michael told Willow that she was “what’s best for Wiley.” However, did Michael forget that Willow wasn’t even in Wiley’s life until Lucas and Brad Cooper (Parry Shen) asked her to be? Willow wasn’t even on Wiley’s radar as a caretaker, let alone as a mother figure until recently!

In contrast, Lucas was Wiley’s dad and was there pretty much from the very beginning. Why isn’t Lucas what’s best for Wiley? Why are Michael and Willow better for Wiley than Lucas? Heck, even Lucas by himself and without Brad might be better for Wiley than a guy who faked his own kidnapping, attempted to kill his father, and actually did kill Claudia Zacchara-Corinthos (Sarah Brown)!

Moreover, Diane Miller (Carolyn Hennesy) says that Michael needs someone who looks good on paper to bolster his image as a good parent in the family court. Instead of marrying Willow, why doesn’t Michael simply suggest a co-parenting arrangement with Lucas? Simple fix!

The truth is, the entire situation with Michael, Willow, and Wiley is incredibly unpopular with many GH fans. That’s because they know there is a viable, logical option that would actually be good for Wiley, but the principle characters don’t seem to care.

Now, viewers have watched Michael suggest that he’ll find another option outside of Willow and won’t push his needs off on her. If Michael is sincere about that then maybe GH fans will see him (finally) turn to Lucas … where he should have turned from the beginning.

If Michael can’t be bothered to do that, then many GH viewers still hope that somehow, someone will rectify the unfairness that has befallen Lucas.

Bold and The Beautiful Spoilers: Rena Sofer Is Making Knives, And We Can Totally See Quinn Using One