General Hospital Spoilers: What Fans Can Expect From The Ned, Alexis And Olivia Drama 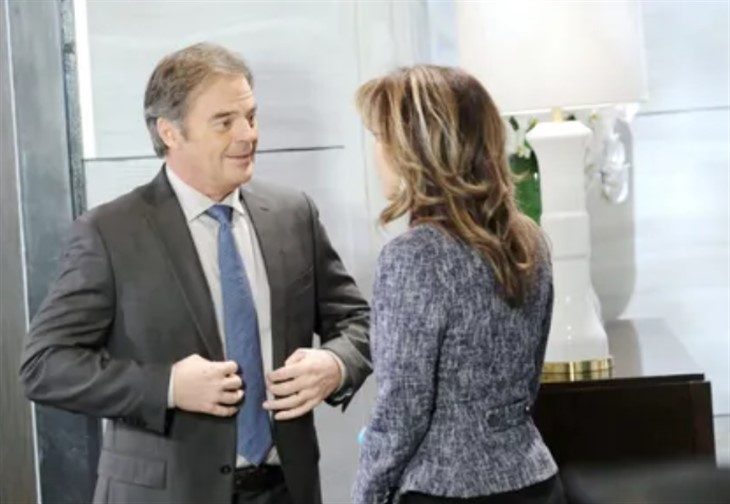 General Hospital co-head writer, Dan O’Connor, tells Soap Opera Digest that he and his team are thrilled that they can tell interesting stories and triangles with an emotionally raw storyline for these three iconic characters. He also says that he has personally loved these characters for years and that at the end of the day, he truly does want the best for them.

He tells the publication, “I find that Alexis and Olivia are two characters who have a lot of differences, but a lot of similarities. They don’t suffer fools lightly, both of them will tell you exactly what they’re thinking, and have no problem standing up for themselves or standing up for the people they care about. When I first started watching the show, Alexis and Ned were this pretty amazing couple, and over the years, it has evolved to Ned and Olivia being this pretty iconic couple as well.”

Co-head writer Chris Van Etten also gives a lot of credit to actor Wally Kurth, who has managed to carry his character incredibly to where he is today. The writer also says that even with the potential fallout from her tryst with Ned aside, the writers say to expect plenty of drama for Alexis in the near future. But that’s something that doesn’t surprise us, right?

He explains, “Alexis is a savvy, powerful character that we love. However, in order to really appreciate a characters’ power, sometimes you just to tear them down. I think the thrill of a character like Alexis is that you know that she always triumphs over any adversity thrown at her and the higher the stakes of that conflict, the more powerful and more rewarding the resolution and the triumph is.”

The Young And The Restless Spoilers: Nate Overwhelmed By Shame – Toxic Doc Pushes Elena Away