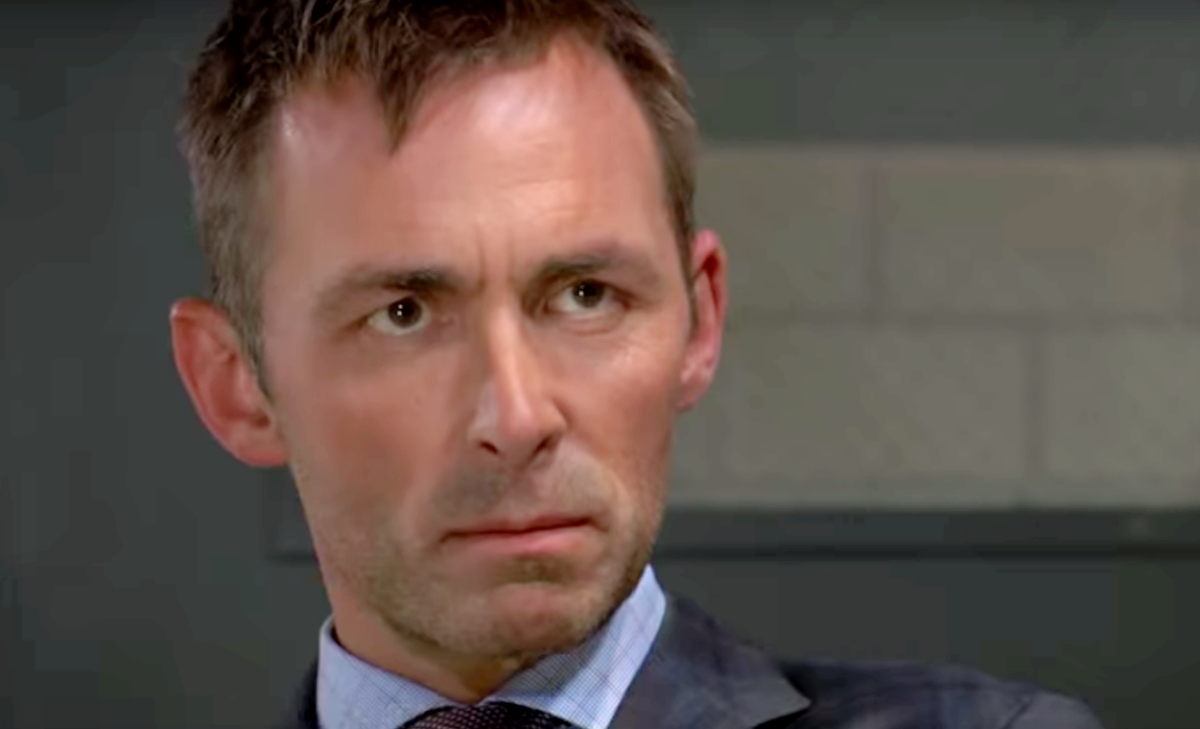 General Hospital spoilers tease that there is still an ongoing mystery as to whom Nina Reeves’ (Cynthia Watros) real long-lost daughter is that is on its way to being solved in upcoming episodes of GH!

A recent General Hospital promo, “Big April” seems to tease that Willow Tait (Katelyn MacMullen) might be the long-lost daughter of Nina Reeves, but that could be a red herring – many fans are promoting the idea based on the dysfunction between the two women, but two women not getting along doesn’t prove that they are mother and daughter, although it might provide more drama.

After all, Carly Corinthos (Laura Wright) and Josslyn Jacks (Eden McCoy) are mother and daughter, and they get along just fine, and the same with Alexis Davis (Nancy Lee Grahn) and her daughters – usually, considering that Sam McCall (Kelly Monaco) just had a fight with her mom. Kristina Corinthos-Davis (Lexi Ainsworth) has always provided contentious drama in their family anyway, so with them that is nothing unusual.

The promo shows Nina telling Jasper Jacks (Ingo Rademacher) she has a feeling she has a daughter somewhere, and her fingering her half-heart necklace, when Willow walks in and is taken aback when she notices her necklace and talks to her about it. But, other General Hospital spoilers tease that Carly has a secret – from years back, and a special episode will deal with her secret and her previously unknown past – with Nelle Benson (Chloe Lanier) as a child, played by Willa Rose, while Eden McCoy plays Carly. This seems to indicate that things could go either way, and either Willow OR Nelle could turn out to be Nina’s daughter!

If Valentin Cassadine (James Patrick Stuart) had found Nina’s long-lost daughter, and he found out it was Nelle, what would he do? He knew Nelle and what Nelle was capable of when she had temporarily been Charlotte Cassadine’s (Scarlett Fernandez) nanny, and he warned her if she ever hurt Charlotte he would END her!

If Valentin Cassadine Did Find Nina Reeves’ Long – Lost Daughter, And Found Out It Was Nelle Benson, What Would He Do?

He certainly would not have wanted Nina to ever know Nelle was her daughter, nor would he have wanted Nelle to ever know that Nina was her mother! General Hospital viewers will also recall that Valentin hired his attorney, Martin Gray (Michael E. Knight) to represent Nelle in her parole hearing, and even though he has been trying to get her ELQ shares, when Martin was first representing her, it was before Valentin found out that he wasn’t really a Cassadine! So why would he pay Nelle’s legal bills when he couldn’t stand her and had threatened to kill her if she hurt Charlotte?

General Hospital Spoilers: Valentin Attacking Every Business In Port Charles – What Happens When He Invades "The Invader?"https://t.co/lMOcUaeZss

It has to be because he knows she has a connection to Nina, nothing else makes sense! That would also explain why he would help her with fake passports so she and her baby could get out of the country  even though she had signed over her ELQ shares, or, actually just the rights to them since everything is still in probate to Valentin! The farther away Nelle is from Nina, the better!

Once Valentin found out that Nelle was Nina’s daughter, he also knew he had to find someone else who would fit and even found someone with a striking family resemblance to Nina’s cousin Britt Westbourne (Kelly Thibaud) Sasha Gilmore (Sofia Mattsson)! He likely knew that she was looking for money to pay her sick grandmother’s bills, and so he knew that Sasha would be a kind person and not a conniving, murderous manipulator like Nelle, who must have taken after Madeline!

And it could still turn out that Sasha is related – just not as a daughter. That avenue has not yet been explored on GH as to if Nina and Sasha are related in some way; no one found a need to retest DNA between the two after Sasha confessed the fraud. So this mystery could still go either way – the real daughter could be Willow, Nelle, or Sasha, or even a pair of fraternal twins!