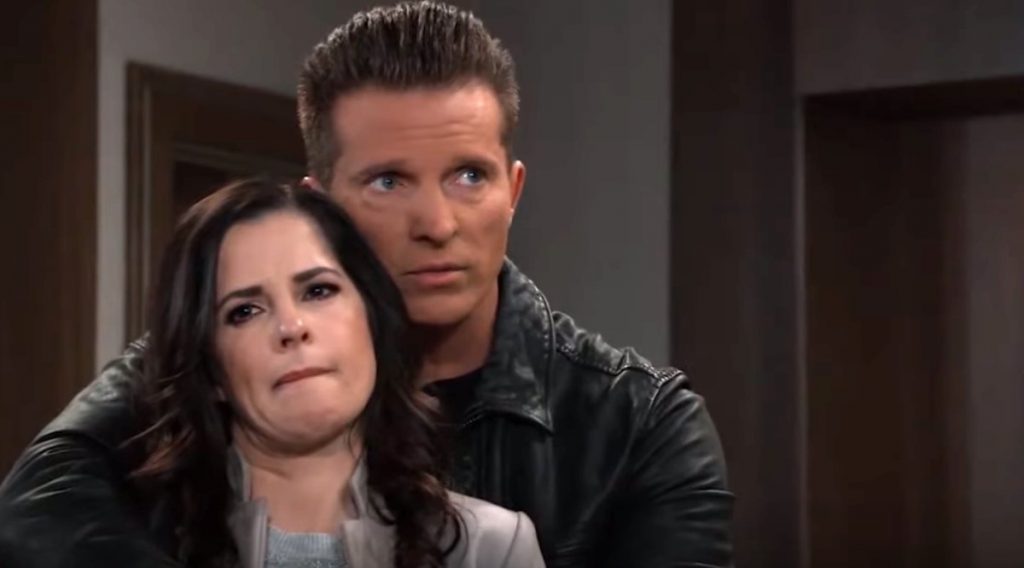 General Hospital spoilers tease that JaSam fans won’t have long to wait to feast on their very own theme week while the show is running encore episodes. Monday, June 22 kicks off a week of JaSam-centric episodes, which follows on the heels of a CarSon themed week.

We have all of the details for you, so read on to find out what you can expect when Jason Morgan (Steve Burton) and Sam McCall (Kelly Monaco) reign supreme on your television screen!

The shows will feature the beginning of the JaSam relationship and take us down memory lane with flashbacks to their highs and lows including their wedding.

On Wednesday JaSam are in Hawaii, while Robin Scorpio (Kimberly McCullough) is in Paris.

Jason proposes to Sam on Thursday, in an episode that originally aired July 21, 2011.

We will also see legendary Brenda Barrett (Vanessa Marcil) break up with Sonny.

General Hospital Soap Spoilers – You do not want to miss Friday’s cliffhanger!

On Friday fans will be treated to an episode that originally aired September 22, 2011. It is the epic episode in which Jason and Sam finally get married at Noodle Buddha!

All is not cool however because as a thrilled Sonny toasts the happy couple, Johnny Zacharra (Brandon Barash) is scheming against him.

Sonny’s son Dante Falconari (Dominic Zamprogna) is also seen in a sweet scene in which he proposes to Lulu (then Julie Marie Berman, now Emme Rylan).

GH fans, tell us which episode you’re most looking forward to as well as your favorite JaSam memory!