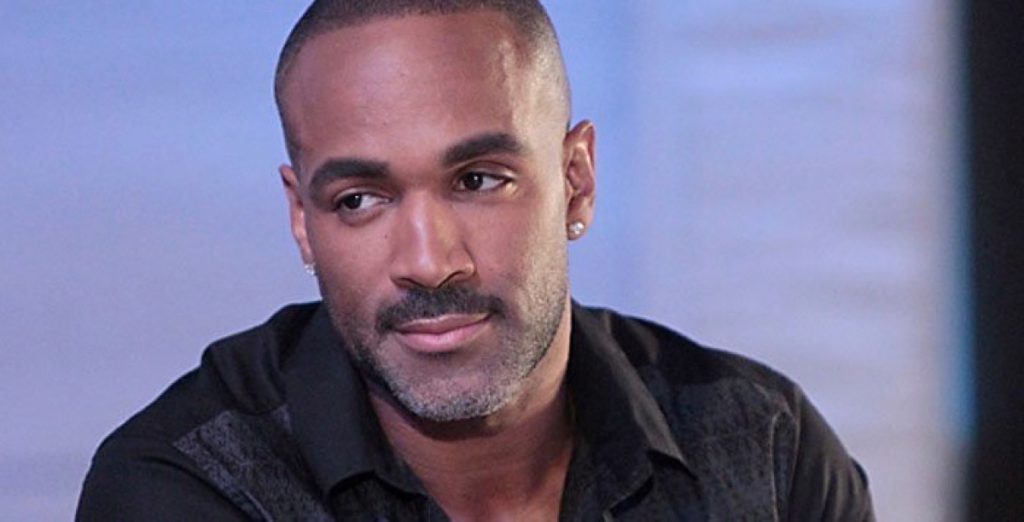 General Hospital spoilers made it known that there’s a guy in town who’s thrilled to learn he’s not a baby daddy. The only problem with this is that up is usually down, and left is usually right, on soaps, so if he thinks he’s not, he probably is!

It was a strange scene as Curtis Ashford (Donnell Turner) confronted Portia Robinson at the Metro Court. He had no sooner asked her the paternity question when she quickly denied his fatherhood status—no pregnant pause in that conversation!

Wow, Curtis was awfully eager to accept her no answer and move right along, wasn’t he? He didn’t question her story, nor did he push her for details. No doubt about it, Curtis is relieved he is not Trina Robinson’s (Sydney Mikayla) dad.

At their meet up Portia took the lead by telling Curtis that she knows he did the math and reassures him that Marcus Taggert (Real Andrews), not Curtis, is her baby daddy.

Apparently these two had a fling back in the day—17 years ago to be exact—and when Marcus returned from an undercover assignment, Trina was conceived.

But what if Trina is Curtis’ flesh and blood? This will cause all kinds of drama since she has made no bones about hating, really hating, him.

Poor Trina blames him for her dad’s death and it’s amazing she can keep from punching him when they cross paths.

If Trina discovers that the man she knew and loved as her father was not her biological dad she will probably be devastated, and then doubly devasted to learn her sworn enemy is. Not exactly a good way to start off a new relationship.

I’m still amazed at the lightning speed with which Curtis said ok, let’s talk about something else, after being relieved of his worry. He’s not even a little bit sorry that Trina, a beautiful, smart and sweet girl isn’t his daughter?

Should Curtis now demand a paternity test? It’s clear that Portia has lied to him before. She apologized for it during their meeting, by telling him she was sorry she said she was single when she was really with Taggert. Uh oh.

That’s your first red flag Curtis! Portia has lied to your face before, and she could be doing it once again. Especially considering the stakes are so high.

Fans, what do you think Curtis should do next?