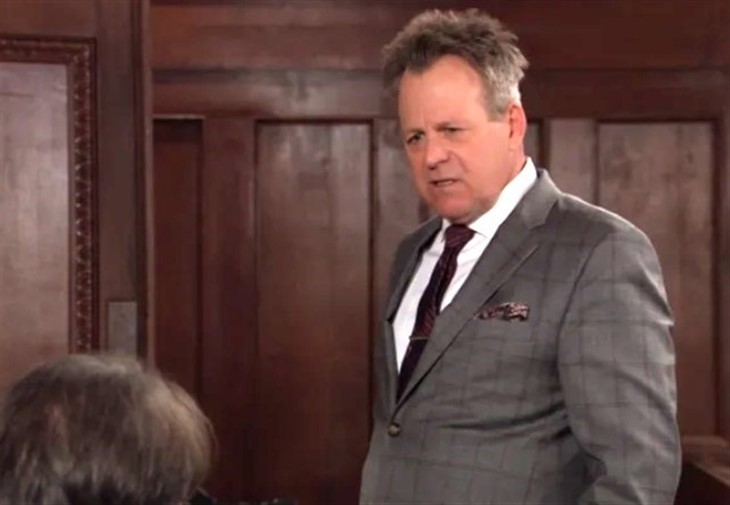 General Hospital viewers will recall that Franco had a head injury which impacted his brain. This happened in the explosion of the Floating Rib, and he had to have emergency surgery to relieve the pressure. In the process, Dr. Lucas Jones (Matt Trudeau) was able to remove a portion of the inoperable brain tumor that had grown back.

It would appear that removing that portion of the brain tumor may have uncovered some of Drew Cain’s (Billy Miller) memories, because Franco keeps hearing Peter August’s (Wes Ramsey) voice in his head. Peter tells him he wants something done now! Franco tells Elizabeth Baldwin (Rebecca Herbst) about the voices in his head, and she wonders if it’s a side effect from the brain surgery. The memory transfer reversal had taken place over a year ago, and she cannot possibly think that would have anything to do with it.

Maybe it’s something in Franco’s subconscious mind – maybe Kevin can bring it up and help Franco resolve it. It sounds like a repressed memory. Franco still doesn’t think it’s his, because it’s Peter’s voice. He doesn’t understand – he doesn’t even know Peter that well. No one knows about Peter’s and Drew’s past in Afghanistan either – even when Franco had Drew’s memories he didn’t remember Peter. He just remembered Shiloh (Coby Ryan McLaughlin)!

Scott intervenes – and he thinks Kevin is planting ideas in Franco’s head! But longtime General Hospital viewers will remember that Scott and Kevin don’t get along real well – they had a rivalry over Lucy Coe (Lynn Herring) for years. Kevin remains professional and objective, but Scotty has a hard time getting past his bias towards Kevin! He enters Kevin’s office after hearing about the voices Franco is hearing and tells him not to mess with this brain – meaning Franco’s!

Kevin looks at him not quite sure what he is referring to. After all, he does have Cesar Faison’s (Anders Hove) brain in a jar and Scotty couldn’t possibly be talking about it! He calmly asks Scott what he is talking about. Scott says he doesn’t want him messing with Franco’s brain, and trying weird hypnotic stuff on him. He knew that he had done some kind of “hypnotism mumbo jumbo” on Franco when he was remembering his childhood.

He was afraid that Kevin was doing that again, and that’s why Franco hears voices in his head! Kevin assured him that while he knows about Franco’s problem, he did not put post-hypnotic suggestions in his head. Trying to recover repressed memories is a different process, and he is not trying to do that either – he’s just trying to come up with a diagnosis to see if it is something actually mental or if it’s from what is left of the brain tumor!

Days Of Our Lives Spoilers: Abigail Puts Herself In Danger, She Confides In Gwen Shocking News

Eastenders Spoilers: Lots Of Suspects In Whodunnit, But Who Really Attacked Ian Beale?