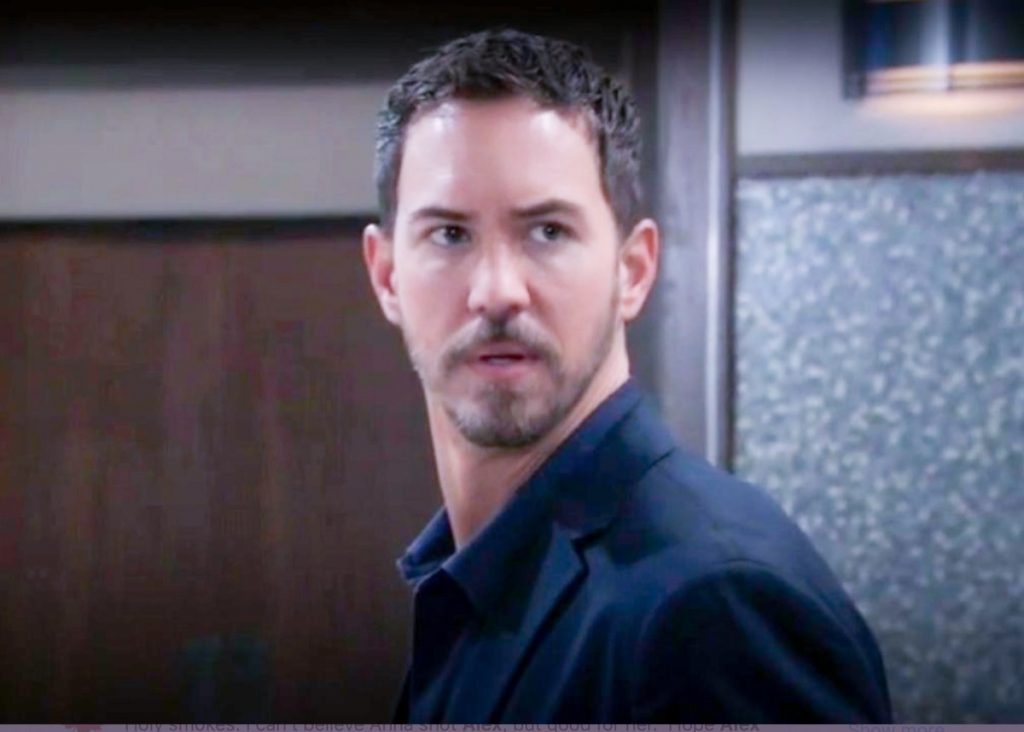 General Hospital (GH) spoilers tease that Peter August (Wes Ramsey) is going to have a big revelation to contend with soon. As GH viewers know, Peter recently had an intense interaction with Alex Devane Marick (Finola Hughes) at Charlie’s Pub. Alex was pretending to be Anna Devane (Finola Hughes), and she had Peter eating out of the palm of her hands as she gushed to him about how they were alike and how the rules didn’t apply to them as they apply to normal people.

Well, viewers could tell that Peter was completely entranced by Alex’s words, and he said to himself that she was saying what he always longed to hear from his mother. It was a relatively short but important interaction between mother and son, and something tells us that it’s going to really stick in Peter’s mind. He and Alex had an intense connection, and it won’t be one that Peter soon forgets.

As the action picks back up on General Hospital during the week of November 9-13, Peter will have some big news to absorb. As Anna and Alex duke it out aboard The Haunted Star with a pregnant Maxie Jones (Kirsten Storms) potentially in the crossfire, Peter will have no choice but to wait and worry about Maxie and his unborn child, and when it’s all said and done, he’s going to want some answers about how all this came to be.

Imagine how surprised Peter will be to learn that Alex is his biological mother and not Anna? Peter should be sufficiently shocked, but he’ll probably not be as shocked by that as he is by the news that Anna suspected the truth for months and didn’t tell him. Peter will probably be furious with Anna for keeping something like this from him.

And if Alex were to really end up being killed in the gun battle with Anna, and Peter loses his mother, then his fury will probably rise to new heights. Because of Anna, Peter could lose his mother forever, as well as precious time that he could have spent with her before her death.

Of course, it remains to be seen whether Alex is actually dead. She could very well survive the standoff with Anna and escape or be taken into custody. But no matter the outcome, it would seem that Peter would have every reason to be outraged with Anna’s actions leading up to the standoff. Peter may argue that Anna denied him the most important person in his life.

And given how well Peter and Alex got along when they were together for that short period of time at Charlie’s Pub, Peter may completely turn away from Anna and only want a relationship with Alex going forward. Do you expect to see Peter turn his back on Anna when he learns the truth about Alex? Stay tuned to the ABC soap and be sure to keep SOS at the ready so you don’t miss any of the latest General Hospital spoilers, updates, or news.