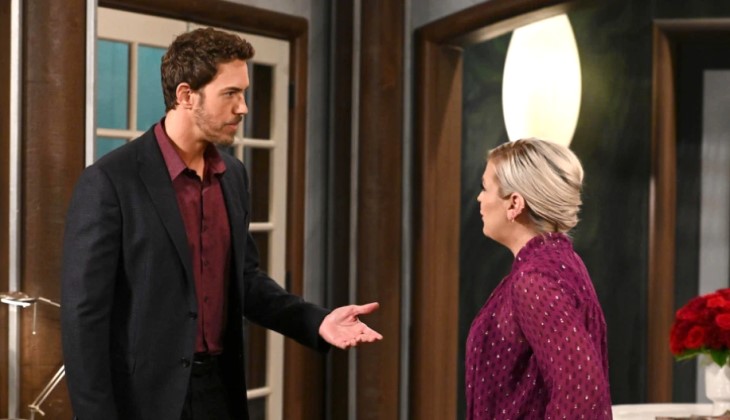 General Hospital spoilers reveal that a certain fashionista is getting a thumbs down from fans at the moment. Is it possible that viewers are souring on sweet Maxie Jones?

It seems impossible to turn on Maxie, the perky blond heroine who has been to Hades and back in her short young life. That includes being kidnapped by evil Ryan Chamberlain (Jon Lindstrom) and living to tell the tale!

But right now Maxie is walking on the wild side, taking sides with evil-doer Peter August (Wes Ramsey) who is definitely making fans unhappy with his wild hijinks—including sending fan fave Liesl Obrecht (Kathleen Gati) to prison for his crimes and felonies.

Will Maxie pay the price in terms of popularity for her steadfast refusal to see the bad in Peter?

It’s hard not to root for Maxie, a character Storms has been playing since 2005. Over the years Maxie has been involved in some of the show’s most pivotal storylines, including the one with Ryan and his murderous rampage.

No one will ever forget the fateful event which resulted in Maxie getting a heart donation from her cousin, B.J. Jones. While Storms was not in the role at the time, the episode, which is often referred to as, “B.J.’s Heart,” is one that GH viewers have scorched into their memories.

Maxie can be a bit overbearing at times, but her loyalty defines her. This could be a problem now that she’s decided to stay loyal to Peter while everyone else seems to realize what a cad he is.

In particular, her relationships with Damien Spinelli (Bradford Anderson) and Lulu Spencer (Emme Rylan) have created tons of memories and entertainment for fans.

She is a conscientious mom to her son and the daughter she had with Spinelli and her friendship with Lulu is fun and steadfast. Therefore it’s puzzling why she won’t listen to Spin when he warns her about Peter and his darkness.

After Nathan died, Peter delivered her son, James, on the roadside of the and his true identity as Henrik Faison, and Nathan’s brother was revealed.

Today Maxie remains true to Peter, but is the character taking a hit in the eyes of fans because of it?