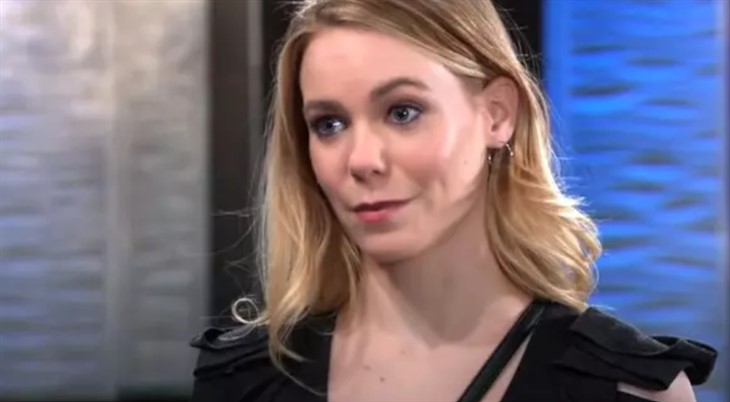 General Hospital’s Julian has knocked out Monica Quartermaine (Leslie Charleston). Julian has also kidnapped Wiley from Monica’s house. The chain reaction from these actions could lead to Wiley getting hurt or even killed because of their actions. Nelle is going to be running out of town desperate to get Wiley out of the country. Will they make it without an accident?

General Hospital Spoilers: Should This Be The Final Nurses Ball Or Should GH Go Back To The Original Format?

General Hospital’s Nelle has assaulted Brook Lynn Quartermaine (Briana Lane). Nelle has also had Wiley kidnapped which assures that the law will be searching for her. Nelle reacts on the spur of the moment which could certainly put Wiley in danger. However, things are going to get worse when everyone realizes that Nelle tried to kill Brook.

Nelle is already in panic mode and this is not going to end well. Furthermore, Julian has brought Wiley to the docks in his car. Julian has left Wiley unattended to take care of Nelle. Wiley is two years old and could very easily open the car door and get out of the car. Wiley could very easily fall into the water and drown while Nelle is arguing with Julian.

If General Hospital’s Nelle gets her hands on Wiley she is going to be in a rush. Nelle could definitely try to outrun the cops instead of giving up because she wants to keep Wiley from his father. Nelle cannot see past the fact that Carly Corinthos (Laura Wright) will be in her son’s life. Nelle will do anything to keep Wiley away from Carly, unfortunately, she could kill him trying to get away.

General Hospital Spoilers: Julian Tired Of Being Nelle's Puppet, Ready To Kill Her To Save Wiley? #gh #generalhospitalhttps://t.co/UyjutbLp72

Spoilers suggest that General Hospital’s Carly will have a confrontation with Nelle. Of course, this confrontation will be about their childhood. Carly is considerably older than Nelle. Nelle blames Carly for everything that has gone wrong in her life. Will Nelle finally reveal what she holds against Carly? Will we finally learn why Nelle is as crazy as she is? Why is Nelle so determined to keep Carly away from Wiley?

While Nelle is on the run, she could get into an accident with Wiley as well. Wiley recently had heart surgery and an accident could put too much strain on his already weak heart. Nelle isn’t considering any of the consequences to her son by her actions. Well, Wiley survive one evening of being alone with Nelle?