General Hospital Spoilers: Should This Be The Final Nurses Ball Or Should GH Go Back To The Original Format? 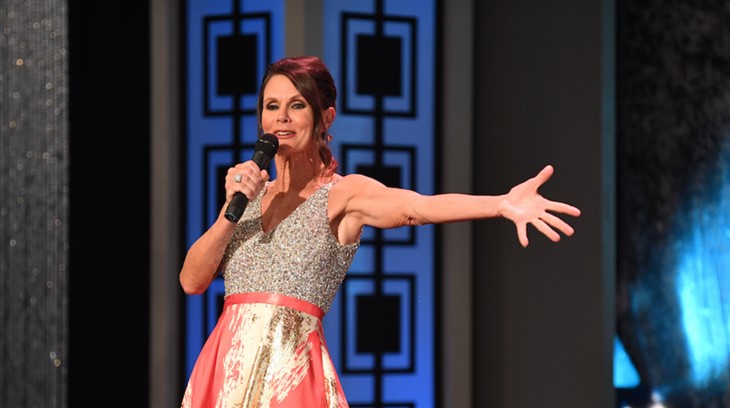 ABC General Hospital spoilers and updates reveal writers brought back the Nurses’ Ball in 2013 and it was pretty spectacular. However, recent balls have not measured up. After the chaos of COVID-19 changed this year’s ball, should this be the end?

The General Hospital Nurses’ Ball just isn’t the same without Lucy Coe (Lynn Herring) running about in her underwear. Richard Simmons costarred in an episode to pull this off even. Lucy was always having wardrobe mishaps and that is certainly missing this year. Lucy is always involved in some kind of drama and that adds to the excitement of the ball. What happened to the funny Lucy portion of the show?

General Hospital Spoilers and Rumors: Monica’s Life In Danger After Being Chloroformed By Julian?

In an age of social distancing, it is very hard to have a ball. Guests cannot dance or mingle, there is not a lot of touching allowed. The skits of old cannot be pulled off. We have fewer performances this year due to COVID-19. General Hospital is not about social distancing. The Nurses’ Ball is not about essential workers. The ball was created for AIDS and HIV awareness. A telethon isn’t close to what fans expect from the nurses’ ball.

General Hospital’s Robin Scorpio Drake (Kimberly McCullough) has been at most of the Nurses’ Balls since her HIV diagnosis. Robin made the fight against HIV and AIDS person to Port Charles and it’s residence. From Jason Morgan (Steve Burton) carrying Robin off the stage years ago to Robin’s recorded appearance when she was unable to make the ball, she has been a part of the ball. The Nurses’ Ball is just not the same without Robin there.

#4 The Nurses’ Ball Needs To Be Must See

The General Hospital’s Nurses’ Ball hasn’t been cohesive in the later years. Some people who have performed since the resurrection no longer participate. The performances sometimes don’t make sense at all. Maxie announcing to the world about a baby she wasn’t sure she wanted to keep was over the top.

Anna suddenly remembering that she might NOT be Peter August’s (Wes Ramsey) mother. Sam McCall (Kelly Monaco) performing while Jason was gone but suddenly has no interest in doing so anymore. Jake Webber (Hudson West) performed in at least two balls but no more. Danny Morgan (Porter Fascullo), another Quartermaine heir could bring Annabelle II and perform her various dog tricks. Blackie Parrish (John Stamos) would be a treat.