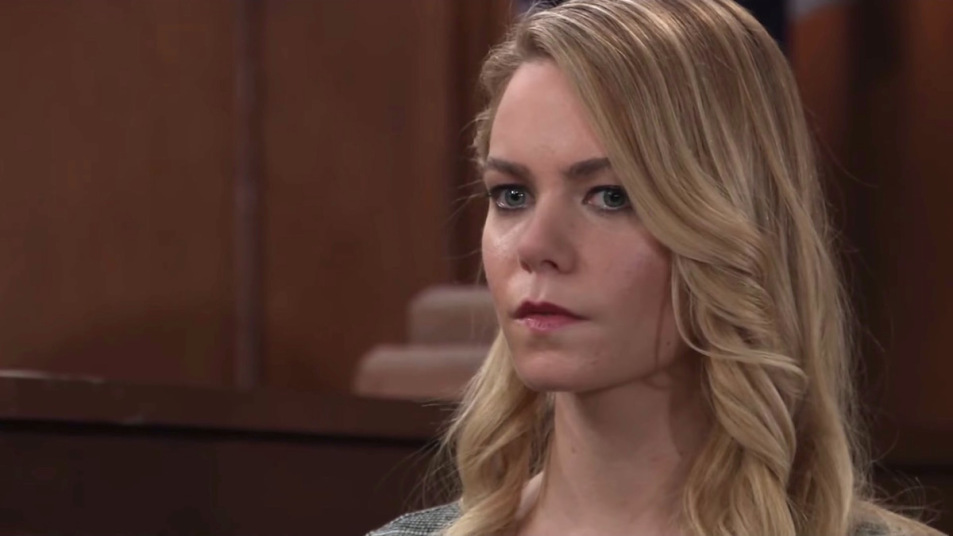 ABC General Hospital spoilers and updates tease that Nina Reeves (Cynthia Watros) will soon begin her daughter’s search with guns blazing. As GH viewers know, Nina recently told Jasper “Jax” Jacks (Ingo Rademacher) that she felt a strong pull toward getting answers about her long-lost daughter. Jax was hoping that Nina would let him go to work to find her daughter, but then Nina announced very independently that she was going to do this on her own.

We’ll see where Nina starts, but it looks like she’s going to be determined to do this with her own resources, rather than letting Jax or anyone else handles the matter. Regardless, Nina will probably need some help in the matter, and she clearly doesn’t want to rely on Jax, and Curtis Ashford (Donnell Turner) is all tied up in the Cyrus Renault (Jeff Kober) situation, so he probably won’t help, either.

Might Nina turn to her new assistant, Nelle Benson (Chloe Lanier), for help in her search? Right now, Nina is deciding whether or not she wants to be Nelle’s character witness in the custody matter, and if she does, then Nelle may want to repay Nina for her good deed. That could lead Nina to give Nelle some extra assignments related to her daughter’s search, and if that happens, then Nelle could become privy to some interesting information.

Of course, if Nelle hears that Nina is looking for a long-lost daughter, it probably won’t immediately trigger Nelle to think that she could be that daughter. Nelle doesn’t seem to know that she was adopted by her father, so just knowing that Nina is on a quest to find her daughter shouldn’t tip Nelle off about anything.

But when and if the time comes that Nina divulges that her daughter could have the other half of a pendant, that’s going to really shock Nelle. But it doesn’t seem like Nelle would immediately tell Nina that she has the other half of that necklace, does it? After all, that doesn’t sound like Nelle’s style. Rather, Nelle might decide to do a little independent sleuthing of her own without telling Nina about her suspicions.

GH Spoilers – Nelle Benson Invisitigate On Her Own

What if Nelle decides to run her own concurrent investigation, to determine if (a) she’s really Nina’s daughter, and (b) there’s anything she can gain out of the situation? Of course, depending on the outcome of the custody case, Nelle could still be fighting for custody of Wiley Quartermaine Corinthos (Erik and Theo Olson) at that point, and she might want to play her cards just right.

In fact, Nelle could want to make sure that Nina finds out about their mother/daughter connection in just the right way, for maximum impact. Nelle will want Nina to see her as a sympathetic character because she’ll want to be accepted by her new mother. At any rate, Nelle will probably have some ulterior motives here, since Nina could wind up being important in Nelle either getting or maintaining some contact with Wiley.

Do you think Nelle will find out that Nina’s mom before Nina does?

Stay tuned to the ABC soap and stick with SOS for the hot hew General Hospital spoilers and news. We’re you’re go-to source for your GH updates and daily recaps, too!