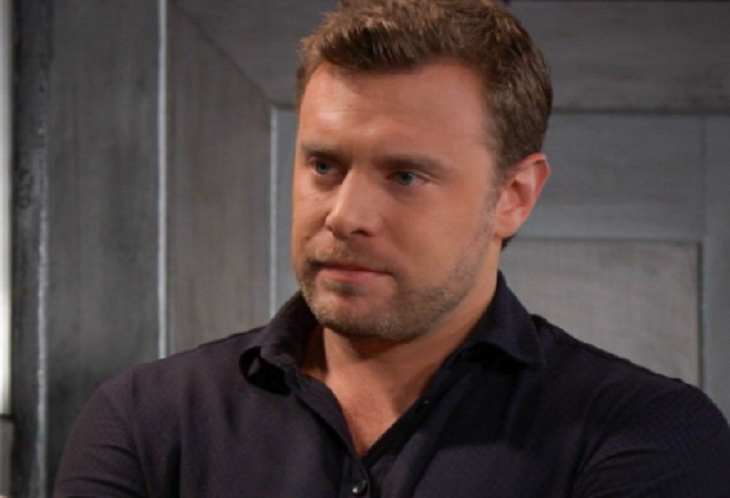 ABC General Hospital spoilers and updates tease that Drew Cain’s (Billy Miller) presence on GH has been sorely missed by many fans on the show. As GH viewers know, Drew allegedly met a terrible fate when his jet went down overseas with no survivors found. Of course, this came after Peter August (Wes Ramsey) was shown conspiring on the phone with a henchman to “take care of” Drew, whose memories could have posed a real problem for Peter if Drew ever remembered them.

Could Drew Cain Be Alive And Well?

Ever since Drew’s jet went down, everyone has assumed that Drew is dead and gone, but this is GH, so it’s always possible that Drew could be out there alive somewhere. For example, Peter could have had Drew kidnapped, and he could be holding Drew captive in some remote location. That would allow Drew to eventually come back when the time is right.

It would also allow Peter to be redeemed a bit. As it stands, Peter has murdered one person in cold blood – his henchman whom he hired to kill Andre Maddox (Anthony Washington) and Franco Baldwin (Roger Howarth) in the GH operating room. It would certainly help GH to redeem Peter somewhat if it came out that he didn’t really kill Drew, too.

But under what circumstances would Peter let Drew go free? Peter was probably careful not to let Drew know that he was behind his kidnapping, assuming that our theory is true and Drew was kidnapped and wasn’t on the jet when it went down. Peter could start to feel guilty about keeping Drew away from the people he loves and he could simply release Drew, but it would be pretty risky for Peter.

Returning Drew could be a way for Peter to make up for the things he’s done. Sure, he would’t be able to let anyone on canvas know that he is the one responsible for both capturing Drew and then setting him free, but it would perhaps make Peter a bit more redeemable in GH viewers’ eyes.

Can Peter August Be Redeemed By Bringing Drew Cain Back?

And let’s face it, Peter is going to need some serious redeeming after everything he’s done. If GH has any hope of keeping Peter around and allowing him to be involved in a serious relationship with someone down he line, then he needs to be redeemed at least somewhat. Of course, Maxie Jones (Kirsten Storms) will probably drop Peter like a hot potato if she ever finds out what he’s done with Drew and to the OR henchman, but Peter could have a future with someone else if he’s redeemed.

We’ll see what happens here, but it seems like the best way to start the redeeming process for Peter is for GH to bring Drew back relatively unharmed, and also to make it clear that Peter didn’t really have anything to do with Holly Sutton’s (Emma Samms) death or disappearance. Of course, it would make scores of GH fans happy if Drew were to come back, in addition to helping to make Peter salvageable.

What do you think? Would bringing Drew back help salvage Peter’s character?