General Hospital Spoilers: Valentin Turns To The Good Side For Charlotte – Impressed Nina Decides To Take Him Back?

If Valentin Pulls His Life Together for the Sake of Charlotte – Could Nina See Him in a New Light and Ditch Jax? 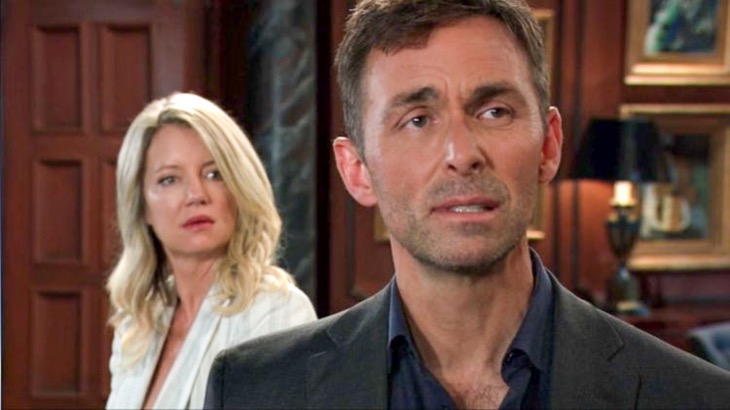 ABC General Hospital updates and spoilers suggest that Nina Reeves (Cynthia Watros) could see her former husband, Valentin Cassadine (James Patrick Stuart) in a new light after she watched him choose to fight for his daughter, Charlotte Cassadine (Scarlett Fernandez). GH fans know that Valentin originally thought that he was doing something noble when he decided to give up custody of Charlotte so that she could have the opportunity to grow up with morals.

For quite some time now, GH fans have watched Valentin fight with Lulu Spencer-Falconeri (Emme Rylan) over custody issues concerning Charlotte. Eventually, Lulu had enough and decided to petition the court for full custody. This was something that Valentin was fighting tooth and nail until he discovered that Charlotte had seen him commit attempted murder. Charlotte told him at the Metro Court that she had seen Valentin push Ava Cassadine (Maura West) from the top of a caste’s parapet down into the deep waters of the Port Charles Bay.

Charlotte’s confession horrified Valentin, and fans watched as Valentin made the hard decision to give up all of his parental rights. Viewers saw Valentin with tears in his eyes take Lulu’s mother, Laura Spencer (Genie Francis) aside and ask her to teach Charlotte to be a good person.

Fans know that if it wasn’t for Nina, Charlotte would have lost her papa. Valentin would have given Lulu all rights, he would have walked out of his daughter’s life, and as he said, he wouldn’t have looked back. Of course, Valentin’s every thought was for the welfare of Charlotte, but his decision was a bad one. Nina told Valentin as much when she heard what he was planning. Valentin’s thoughts were noble, but why did he have to give up on Charlotte? Why did Valentin have to walk away?

Many GH fans believe that Nina had some incredible advice for Valentin. If Valentin wanted what’s best for his daughter then he needed to realize that Charlotte needed him in her life. If Valentin believed that he was a bad influence and that Charlotte would grow up to be a nasty, bitter, grasping individual full of regrets like Valentin … then why didn’t Valentin make the choice to be a better man?

There’s no question that at one time, Nina and Valentin shared something special. However, GH fans know that Valentin’s manipulations and lies cut Nina to the quick and it’s no wonder that she left him. With that said, because there was a time when Nina genuinely loved Valentin, many GH fans are now wondering if it’s possible that Nina could fall in love with Valentin again.

Of course, at present, Nina is with Jasper “Jax” Jacks (Ingo Rademacher) and it’s clear she is fond of him. However, it doesn’t look like Jax wants a family or anything very serious. Nina is longing for her long-lost daughter … and then there is Charlotte right there in front of her. Nina knows that Charlotte and Valentin both want her back in their lives.

Some GH fans might agree that there is no denying the fact that there’s just something attractive about being needed.