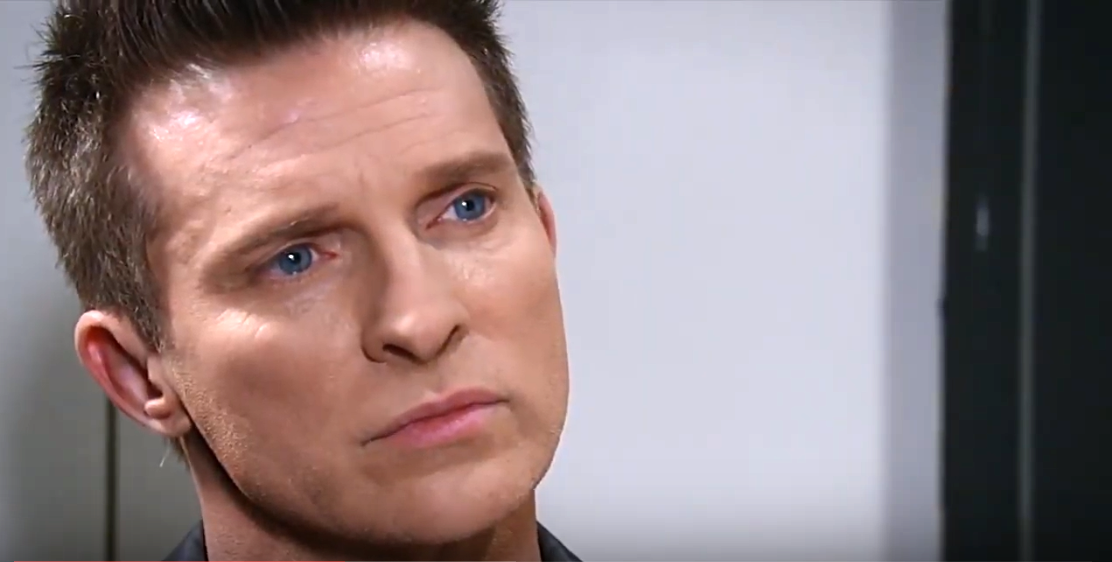 General Hospital spoilers tease that Jason Morgan (Steve Burton) will be on high alert for signs of Cyrus Renault’s (Jeff Kober) resistance and retaliation in an upcoming episode of GH!

Jason is aware that TJ Ashford (Tajh Bellow) appears to be missing from Samantha McCall (Kelly Monaco) and Damian Spinelli (Bradford Anderson). General Hospital viewers will recall that Molly Lansing-Davis (Haley Pullos) had talked to Sam about the missing TJ and that she couldn’t find him – he hasn’t been coming to work nor has he come home and he just seems to be ghosting her. Sam realized that he may have become a target of Cyrus because he is Police Commissioner Jordan Ashford’s (Briana Nicole Henry) son and wanted Jason to be aware also.

But since he was involved in the rescue of Trina Robinson (Sydney Mikayla) and Cameron Webber (William Lipton) plus blew up Cyrus’ drug warehouse down on Water Street, he can be identified by Cyrus’ henchmen and he begins to be concerned about his own family, namely his son Danny Morgan (Porter Fasullo) and Sam, and if they might be targeted.

Cyrus may not make the connection now, but if Sam is looking for TJ and Cyrus is the cause of his gone missing, then she could be followed home or to the Quartermaine mansion where Danny and Scout Cain (Ella Ramacieri) stay most of the time and they all could be targets! Michael Corinthos (Chad Duell) also lives there, as now does Wiley Corinthos (Erik and Theodore Olson) and Jason knows Cyrus has no scruples – even the baby could be a target!

It is difficult for Jason to look out for Sam and the kids with the parole restrictions on her. She is not supposed to have contact with him specifically for two years, and neither is she supposed to have contact with any other convicted felon – that rules out her and the kids moving in with Sonny and Carly Corinthos (Maurice Benard, Laura Wright)!

He tells Sam that maybe he should be the one to track down TJ, with the help of Spinelli. They already know that Sam’s parole officer, Delores Maloney (Andi Chapman) has been making a lot of calls to a burner phone and that Cyrus has to have a contact who has access to him in the prison in order to get his commands out to his henchmen; it’s a start.

The parole officer would have that kind of access since she is within the Port Charles Police Department and has access to any prisoner in the Port Charles jail or in Pentonville Prison. If Spinelli can crack the burner phone records and trace them to a location, that could be where Cyrus is holding TJ and that way Sam won’t have to go looking for him herself – that might be much safer!