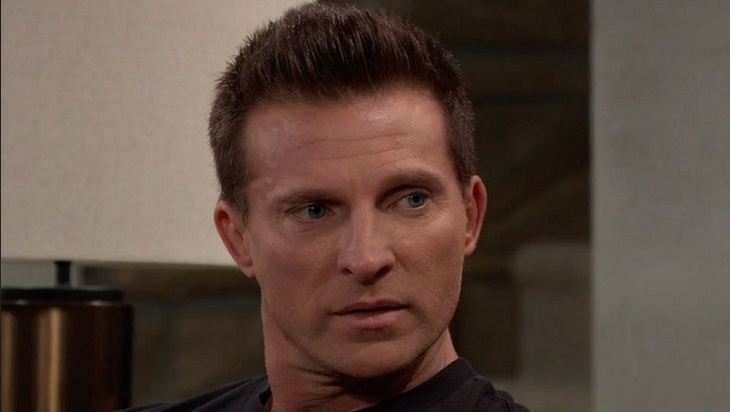 General Hospital spoilers tease that Jason Morgan (Steve Burton) will be suspicious that Sam McCall’s (Kelly Monaco) parole officer could be tied to Dawn of Day, and have it in for Jason and Sam for the killing of Shiloh Archer (Coby Ryan McLaughlin)!

In real life, the parole board, not the parole officer, would assign restrictions to a parolee’s parole agreement, and usually they do include not associating with known felons, but this is a soap opera, so the writers have decided to let the parole officer decide the restrictions. The word “felon” in law enforcement and judicial terms means anyone with any kind of criminal record, not just those who have committed felonies. Even Cameron Webber (William Lipton) who is on community service would be considered a felon under that broad use of the term, and Sam would violate her parole even by associating with him! But for some reason, Sam’s parole agreement names Jason as someone she cannot have anything to do with.

Attorney Diane Miller (Carolyn Hennesy) said they can’t fight it, but possibly there could be a workaround by being accompanied by their attorneys and it be involving the children – like a family court to decide custody. But even then the children wouldn’t be with both Sam and Jason at the same time! For this reason, Jason is suspicious that Parole Officer Delores Maloney (Andi Chapman) might be a follower of the late Shiloh Archer and a member of Dawn of Day out for revenge for Shiloh!

Diane suggested that Jason could contact Damian Spinelli (Bradford Anderson) for a “deep dive” investigation of the parole officer, to see if he can find anything in her background that they can use to request a change of parole officer, who might be more family oriented and understand the needs of two small children to have both of their parents together – or uncle, in Scout Cain’s (Ella Ramacieri) case.

However, since Officer Maloney targeted Jason specifically instead of the broader term “known felons” as is usually in a parole or probation case, that seems to be a telling clue that this officer has been a Dawnie or at least sympathetic to the late cult leader Shiloh. As General Hospital viewers know, Shiloh’s books are even available in the Pentonville Prison library and of all people, Ryan Chamberlain (Jon Lindstrom) was reading one at one point! This would be a decidedly pertinent conflict of interest if Officer Maloney were to be proven a former follower of Dawn of Day and in charge of the parole agreement of the person charged with his killing, although at least the charges were downgraded from premeditated murder to manslaughter!

Jason decides that the best chance they have to get the parole agreement amended is to contact Spinelli and as Diane suggested, have him do a “deep dive” investigation on Officer Maloney to find out if she was indeed, a follower of Shiloh Archer and the Dawn of Day cult he founded. It would be even better if he could dig up if she had asked for time off to attend Dawn of Day seminars or any proof that she had made payments to Dawn of Day for the more advanced classes.

The second may be easier to trace than the former, since that would involve looking into her personnel records. Spinelli will come to Port Charles in future episodes of GH to do exactly that! Hopefully, he will be able to get the proof that Jason and Diane will need to get Officer Maloney reassigned to another parolee and away from Sam and Jason!

The Bold and the Beautiful News: Denise Richards Cast In New Spanish Series